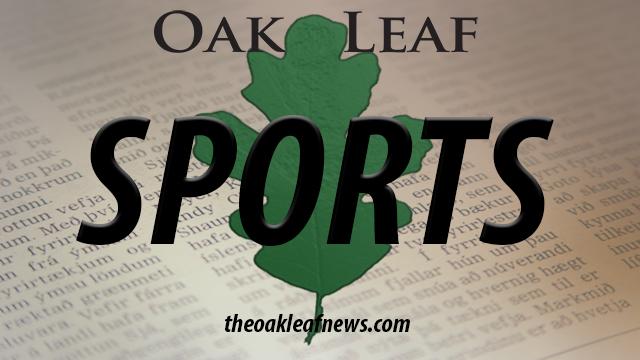 In a close defensive battle, Bear Cubs football team beat the number one ranked team in all of Northern California, College of San Mateo, 17-14, which boosted the Santa Rosa Junior College team to first place in the Bay Six Conference.

With a 4-2 overall record and a conference record of 1-0, the Bear Cubs are well on their way to topping the elite times in its conference. “This win is the first step to winning a conference championship and making it to the Northern California Final 4,” said head coach Lenny Wagner.

Starting quarterback Vincent Jefferies performed well above average in the last few games but struggled slightly throwing 11-30 during the team’s match-up with San Mateo, which was ranked No.1 before its loss.

“Jefferies was hampered by a very solid defensive unit from San Mateo. They have been giving people fits all year,” Wagner said.

With San Mateo stingy about giving up yards through the air, the Bear Cubs relied on their rushing game to gain success on the offensive side of the ball. Bear Cubs’ rushers combined for 205 yards with Ja’Narrick James leading the team with 144 yards and one touchdown.

Coach Wagner attributes the team’s rushing success to James, Zach Smith, Jefferies and the offensive line. “We had more rushing yards than the top rushing team in the state on Saturday; that is saying something,” he said.

Allowing only 14 points, the Bear Cubs’ defense deserves a lot of credit. With two fumble recoveries and two interceptions, the Bear Cubs made San Mateo’s life on the field very difficult.

“Preparation is the key to our success on defense thus far. Coach Donte DePaola, our defensive coordinator, is a superstar. He gets those guys ready, and we have some very good players,” Wagner said.

The Bear Cubs looked to build upon their huge win against San Mateo when they faced off against San Francisco City College, but were unable to. While the teams were evenly matched in nearly all facets of the game, the Bear Cubs were unable to limit their mistakes, which ultimately cost them a chance to win.

Quarterback Vincent Jefferies had his worst game of the season, throwing three red-zone interceptions, effectively taking points off the board for the Bear Cubs each time.

On the defensive side of the ball, the Bear Cubs continued to build on their reputation as a strong and determined defensive team. The defensive line was able to wreck havoc in the SFCC backfield, consistently pressuring the quarterback and making plays against the run.

On special teams, often the decisive aspect of any game, the Bear Cubs struggled heavily, averaging well under 30 yards per punt, and missing both a PAT and a field goal. A bad snap on a field goal attempt also led to a SFCC touchdown, effectively icing the game away.

Even in defeat, the Bear Cubs did some things very well. After falling behind by double digits early, the team fought back to tie the score using a strong defensive performance to stay in the game.