Unable to meet the Expectations 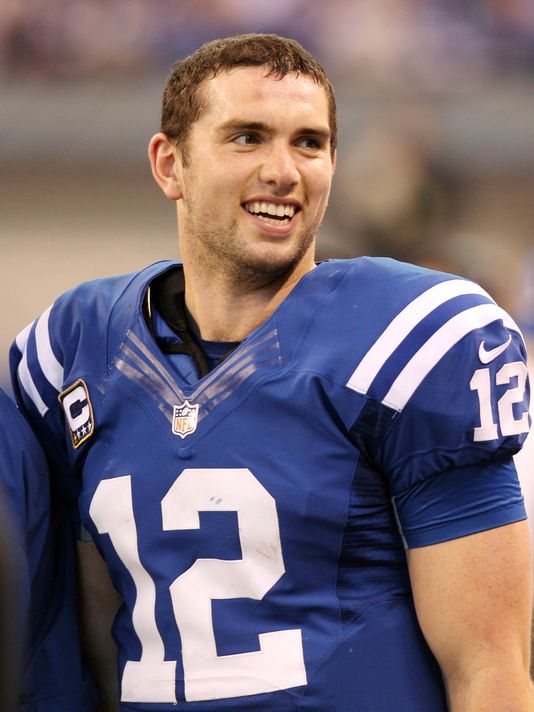 Andrew Luck and the Colts have stumbled out of the gate this season.

The weight of expectations in the NFL has the ability to crush any player, even those most equipped to deal with it. The pressure of taking the field just once a week, and being studied through the microscope of the public opinion comes with a mental toll.

Each season, a new team falls victim to the monstrous pressure. So far, Andrew Luck and the Indianapolis Colts look primed to be this year’s choker. Throughout the offseason, Luck was touted as the 2015 MVP favorite, while the Colts were a trendy pick to represent the AFC in the Super Bowl. Two games into the season, Luck is throwing so many interceptions fans are left to wonder if he remembers what color jersey his receivers wear, while the Colts as a whole look more like the 2011 Oakland Raiders than a team with championship aspirations.

Luck is no stranger to the pressures of being expected to excel. He was touted as the next big thing at the quarterback position for years before being drafted with the first overall pick in the 2012 draft by Indianapolis. Not only was Luck saddled with the expectations of being a first overall pick, he was asked to step directed into a position vacated by future Hall of Fame quarterback Peyton Manning.

For the first three years of his career, Luck seemed oblivious to the pressure. While he turned the ball over more than he had in college, his mistakes were overshadowed by quick decision-making and an ability to throw accurately both in the pocket and on the run.

Through his own strong performance, Luck looks to have raised the expectations that face both himself and the Colts to a level the team is unable to reach. Team management has built a one-dimensional team that relies so heavily on its quarterback’s abilities, it is unable to win when he is not playing at his best.

The Colts are still a good bet to make the postseason due to playing in an incredibly weak division, but at this point, the team is not threatening to take home the Lombardi Trophy. Team management has focused too much on building around the talents of a single superstar, forgetting that even the most transcendent stars can never win without a solid team around them.