New breed coming through; young talent could have huge impact 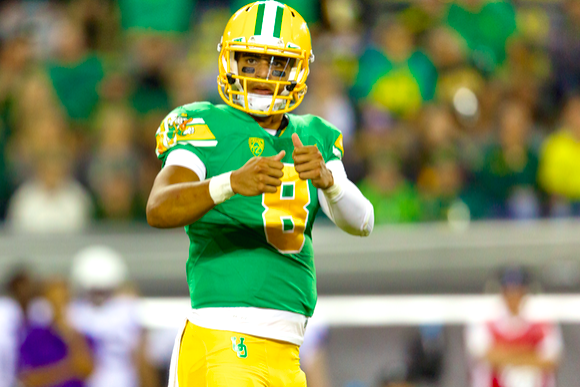 For football fans, the NFL draft is an exciting time. It gives their teams a chance to start anew, to put aside the trials and disappointments of the past season and to inject new blood into their franchise.

The selection of just one prospect can help transform an NFL team’s path, quickly changing the landscape of the league as a whole. Peyton Manning is an example of a transcendent quarterback prospect who provided an inept franchise with sense of direction on the path back to relevance.

The Indianapolis Colts had a choice to make in 1998. With the No. 1 pick in the draft, two highly successful college quarterbacks were available to them: Peyton Manning and Ryan Leaf.

It was a huge moment for a franchise that had not experienced success for several years prior.

After much deliberation in the months leading up to the draft, the Colts selected Peyton Manning. Seventeen years later, Manning continues to be a successful quarterback, and widely regarded as one of the best to ever play.

Ryan Leaf, selected by the San Diego Chargers with the second pick in the draft, went on to become one of the biggest draft busts in NFL history. The contrast between these two players is a microcosm that illustrates the dangers of the NFL draft.

For each franchise-defining player, there is a franchise-crippling bust. The constant risk of failing to draft the right player keeps fans on the edge of their seats and team executives worrying about their job security.

Manning and Leaf are forever connected by virtue of their draft slots and subsequent performance. The same goes for 2015 draftees Jameis Winston and Marcus Mariota — quarterbacks selected first and second respectively. Winston and Mariota’s stories have yet to be written. The future of the Tampa Bay Buccaneers and Tennessee Titans rest in the hands of these two young men. Now they have the chance to etch their names in history.