The Oak Leaf • May 12, 2015 • https://www.theoakleafnews.com/sports/2015/05/12/bear-cubs-baseball-loses-heartbreaking-playoff-series-after-a-stellar-regular-sesason/ 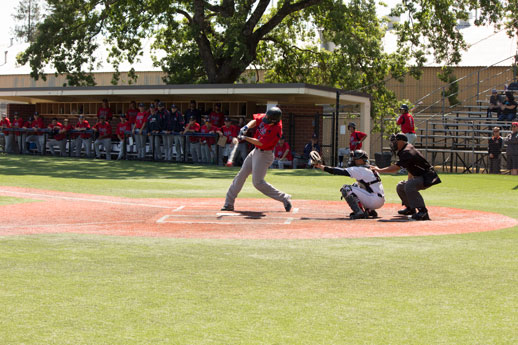 The Bear Cubs opened the second round of the playoffs by losing a one-run game to the College of San Mateo. Pitcher Alec Rennard struggled to hold down the Bulldogs balanced offensive attack, and the Bear Cubs offense struggled to get anything going. Mitchell West continued his red-hot postseason, collecting four more hits and scoring a run.

The Bear Cubs postseason run ended in heartbreaking fashion, as shaky defense and a lack of offensive punch was too much to overcome against a tough College of San Mateo squad. Pitcher Garrett Hill was solid once again, giving up just two runs over seven strong innings, but it wasn’t enough to keep the Bear Cubs season alive. Shortstop Jake Scheiner led the team with a pair of doubles, but outside of Scheiner the offense was non-existent.