The show is here: SRJC students give their opinions on what baseball means to them 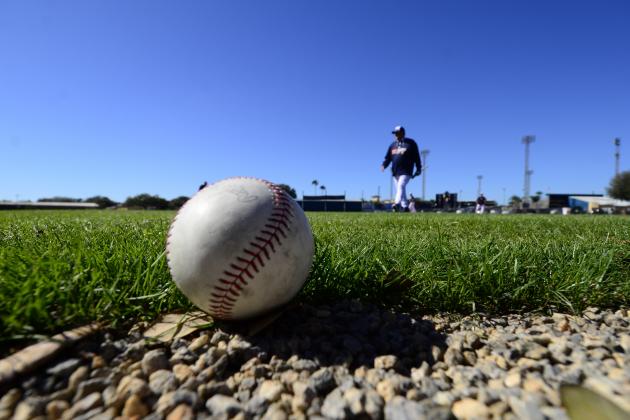 For many, the return of baseball marks the start of spring. An annual pilgrimage to Arizona for Spring Training during February and March is common among baseball fans, including students from Santa Rosa Junior College, who believe that a little piece of heaven can be found through watching baseball in the desert.

Tucker Muollo, a SRJC freshman, has been a baseball fan for as long as he can remember.  “The Major League Baseball season can’t get here fast enough”, he said. “Without it there isn’t really much to debate or get into discussions about.” He can’t wait to see if any of the bad teams that made moves throughout the winter, such as the San Diego Padres or Miami Marlins, will show marked improvement this year.

For avid, often borderline insane baseball fans there are countless storylines to watch for as this season unfolds. Will Pablo “Panda” Sandoval enjoy the same level of success in Boston as he did during his time in San Francisco? Can Alex Rodriguez post MVP level numbers or is his career beyond repair after a season lost to a performance-enhancing drug suspension? The coming season promises to answer these questions as well as many others.

SRJC sophomore Noah Yaylian, who fell in love with baseball when he was four, explained that he is particularly interested in the National League West Division, which used a plethora of trades to “beef up” during the offseason. Yaylian wonders how the San Francisco Giants will respond to playing in a stronger division, and whether or not the Oakland A’s can rebound from losing so many players, and still put a winning product on the field in the brutal American League West.

Ryland Stamey, also a SRJC sophomore, said the thing he looks forward to most about the start of the MLB season each year is the relaxation it affords him. He can put his feet up each night after work and be entertained. “Professional sports in general are meant to be a source of entertainment, and allow for us to temporarily escape from lives that can sometimes be dull or troubled,” he said.

Bear Cub pitcher Vijay Patel is interested in how the American League East Division is going to shake out. “The Red Sox are very competitive and will be right in the thick of it,” Patel said. “Hanley Ramirez and Pablo Sandoval will add a lot of balance to the lineup.”

Another Bear Cub pitcher, Garrett Hill, believes the Padres improved enough to be considered a strong contender in the National League this season. “They made some very good acquisitions with Matt Kemp, Justin Upton and James Shield. They certainly have the personnel to compete for the top spot,” Hill said.

For the casual fan, like SRJC freshman Sierra Cullen-Riak, who will root hard for Joe Panik this season, or Giants super fan James Ferry, who looks forward to learning whether or not the Giants can break out of their recent pattern of missing the playoffs during odd years, the baseball season simply offers them something to get excited about and enjoy for as long as it lasts.

Even for fair-weathered fans like freshman Hannah Rogers, the arrival of baseball season brings excitement, even if only because the hometown team has a chance to defend its recent World Series Championship.

As fun as Spring Training can be, it’s a fact that win or lose, the games mean nothing. Thus, opening day of the MLB season is regarded with reverence and thankfulness by fans. The whole country sits down to watch a rivalry renewed or a new rivalry born from the grand stage of America’s pasttime. The MLB regular season, in all of its hot-dog-munching, bubble-gum-chewing glory, starts Sunday, April 5 with a game between the St. Louis Cardinals and the Chicago Cubs at Wrigley Field.