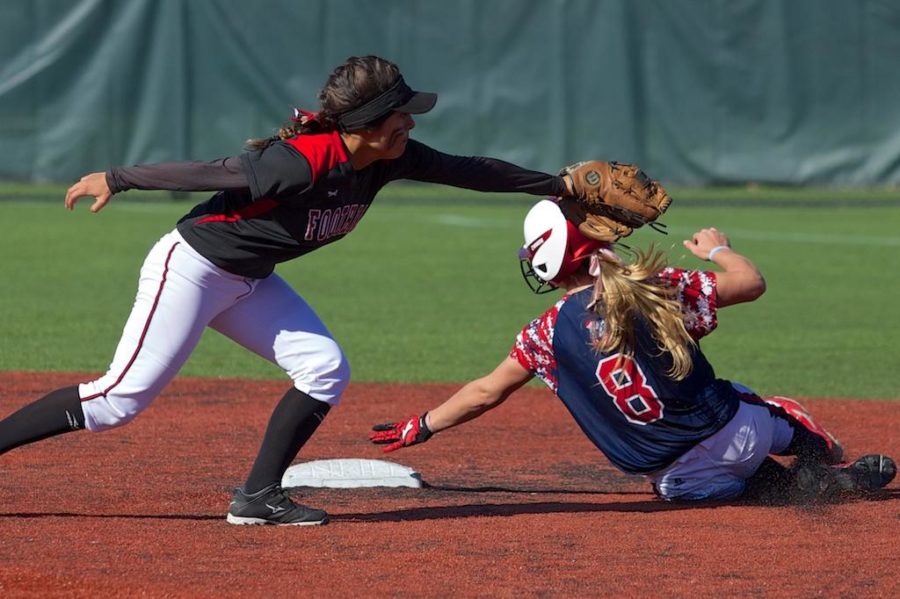 The Santa Rosa Junior College softball team [9-4] lost both its games against Foothill and Butte College by one run Feb. 21.

In the first game, the Bear Cubs fought hard in their 2-1 loss Saturday morning. It was no doubt a pitching showdown between the two northern California teams. SRJC Bear Cubs pitcher, Dana Thomsen, started the game hot with two strikeouts in the first inning, not letting up the entire game. She finished the first game with 10 strikeouts, and only one walk.

Although the Bear Cubs’ pitching was on point, they struggled offensively. Throughout the game, the Bear Cub batters had no trouble getting on base with their six hits and seven walks, but it was freshman Katrina Ohleyer who scored off a walk in the bottom of the fourth inning with the bases loaded.
“We played down to their level; we had so many chances but we left runners on base and didn’t execute,” said head coach Phil Wright.

Unlike the first game against Foothill, the SRJC-Butte game was a shootout. The Bear Cubs came out strong in the first inning, not allowing any hits and scoring a run early in the game. They had a huge bottom-third inning with five hits, two RBIs, two stolen bases and two runs. Up 6-3 going into the top of the sixth and a

Bear Cubs victory just around the corner, a Butte grand slam give the Bear Cubs a one-run lead , that ended up being the deciding factor. There were 13 runs scored in the Bear Cubs’ 6-7 loss to Butte. The Bear Cubs had 10 hits that game, three of which came from freshman Denia Vera. She went 3-4 with two singles, a double, two RBIs and two runs.

“Energy was going in the beginning, which is good for us, and Dana played great, but after that Grand Slam it just went downhill from there,” said Vera.
Coach Wright didn’t take away any positives from the game against Foothill but said, “We played three times better against Butte than we did against Foothill”

The next Bear Cubs game is at noon and 2 p.m. against Shasta College at Cook Sypher Field.