Bear Cubs back on track after big win 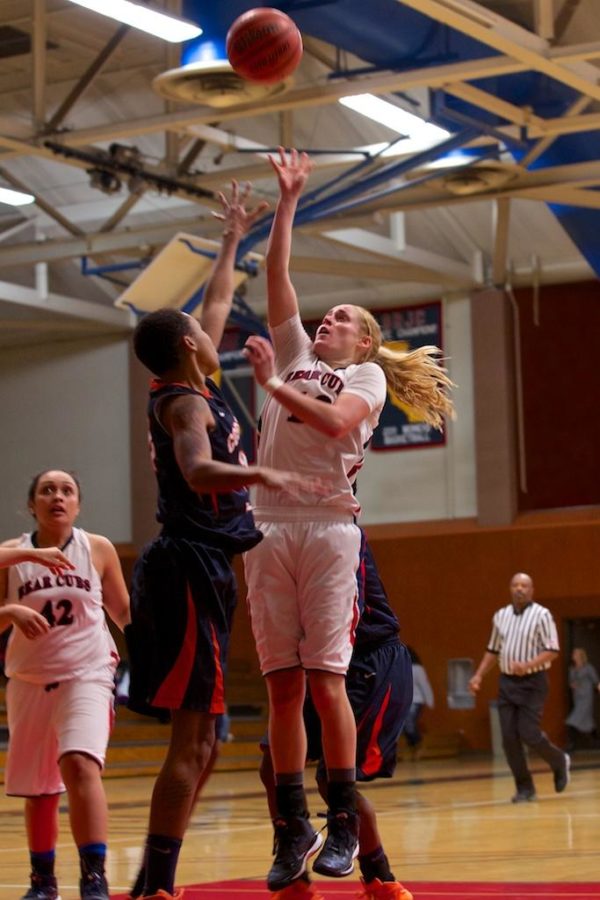 Jenna Dunbar sends the ball to the net over a Cosumnes River Collegedefender Jan. 27 at Haehl Pavilion.

The Bear Cubs women’s basketball team breezed to a 63-42 victory over Cosumnes River College with little resistance Jan. 28, Tuesday night. After the lopsided win their record improves to 10-11, 4-3 on the season.

Alicia Mehtlan contributed the majority of the team’s early offense, scoring nine of the first 18 points. She converted on a couple layups and was perfect from the free-throw line.

The game stayed close through the first ten minutes, but tides turned when CRC continually shot themselves in the foot, turning the ball over 11 times in the first half. Many of the turnovers were travels and unforced errors.
SRJC capitalized on CRC’S errors by going on a 12-2 run to end the first half. This gave the Bear Cubs a 28-19 lead at the break.

Freshman guard Jenna Dunbar lead the team in rebounds with eight, while freshman guard Niambi Saint Louis chipped in with four of her own. Saint Louis also had a three-minute stretch where she scored 4 points, had two rebounds and two steals.

“Every game I focus on being as aggressive as I can to get up there and get as many boards as possible,” Saint Louis said.

After a Taylor Graham 3-pointer, that put the Bear Cubs up 20 with seven minutes left. From then on the game was out of reach as the team cruised to victory.