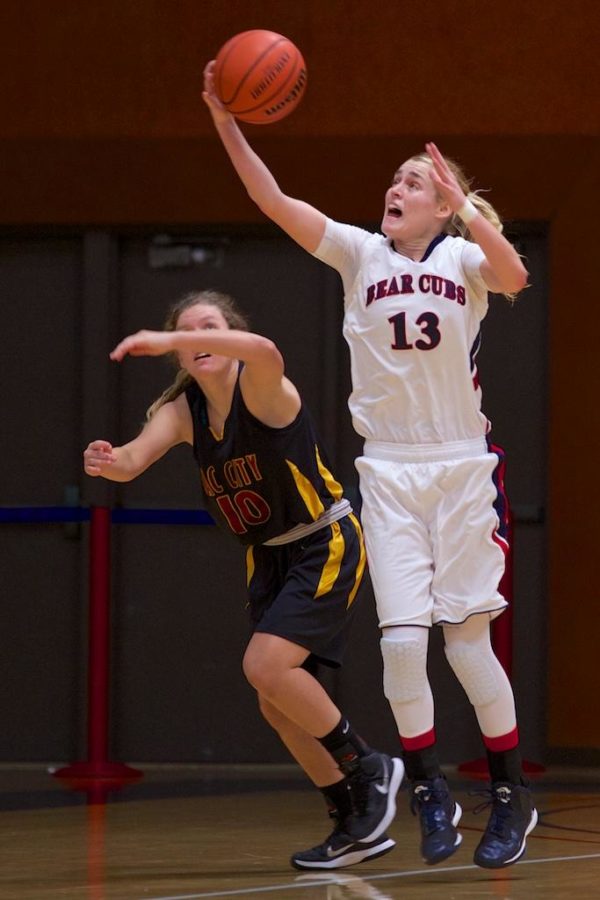 The Bear Cubs [8-10, 2-2] opened with five minutes scoreless before their first basket, which came off a steal and layup finish by Taylor Graham. The defense kept it close, holding Sacramento to 4 points over the five-minute drought.

“Sometimes the team has to make a shot before they realize they can do it,” said head coach Lacey Campbell.

After the first basket, SRJC went on a run and closed out the half 25-18 SRJC.

The Bear Cubs came out of halftime on fire, forcing tough shots, and cleaning the glass on rebounds. This lead to an 11-1 run, giving the Bear Cubs the biggest lead of the night by 16.

The run was also facilitated by team defense and the play of Jenna Dunbar. She had a slow start but came alive in the second half, hitting three shots from behind the arc and chipping in a few assists.

“When I miss a shot I can get down, but my teammates are always right there to pick me up,” Dunbar said.

However, the run was almost not enough – after a plethora of SRJC turnovers and productive transition offense, Sacramento cut down the lead to 2 points.

Two big shots by Dunbar pushed the Bear Cub lead back to 7 points, and despite a few more Sacramento baskets, a big defensive stop by the Bear Cubs allowed them to put the game out of reach.

“Our defense played well other than the last two minutes with the turnovers and transition defense,” Campbell said.