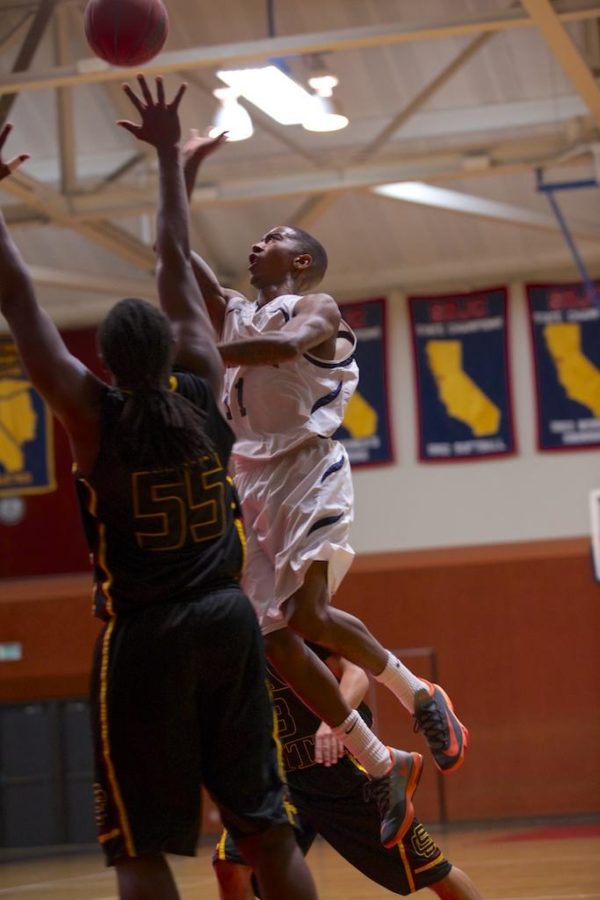 The Bear Cubs men’s basketball team spread out the scoring in a tight 76-72 win against Sacramento City College Jan. 16.

SRJC [10-8, 3-1] got out to a fast start with Corey Hammell’s inside scoring and Davone Oliver’s outside shooting taking an early 10-point lead.

Then Hammell picked up his second foul early in the first half, sending him to the bench.

“It made it hard for me to get into a flow and our offense got stagnant at times,” Hammell said. “Defensively I became more passive just trying not to foul out.”

SCC capitalized with a run to end the half taking the lead, 38-3l,  and ensuring it was going to be a close game.

In the second half it looked as though SRJC would put Sacramento away until Hammell picked up his third and then fourth foul at the 14-minute mark, making SRJC’s offense sputter and giving Sacramento an opportunity.

After trading threes on the next couple possessions, the game was tied at 69 with just over a minute to go.

Some good ball movement ended up with the ball in forward Arnold Silva’s hands, putting in a layup to take a 71-69 lead.

SRJC’s free throws iced the game resulting in a 76-72 finish.

This was the Bear Cubs sixth win in eight games.

“We as a team are starting to figure out our roles,” Hammell said. “We’ve all had to adjust, plus we are finally healthy.”