Polar Bears claw their way through the weekend’s battles 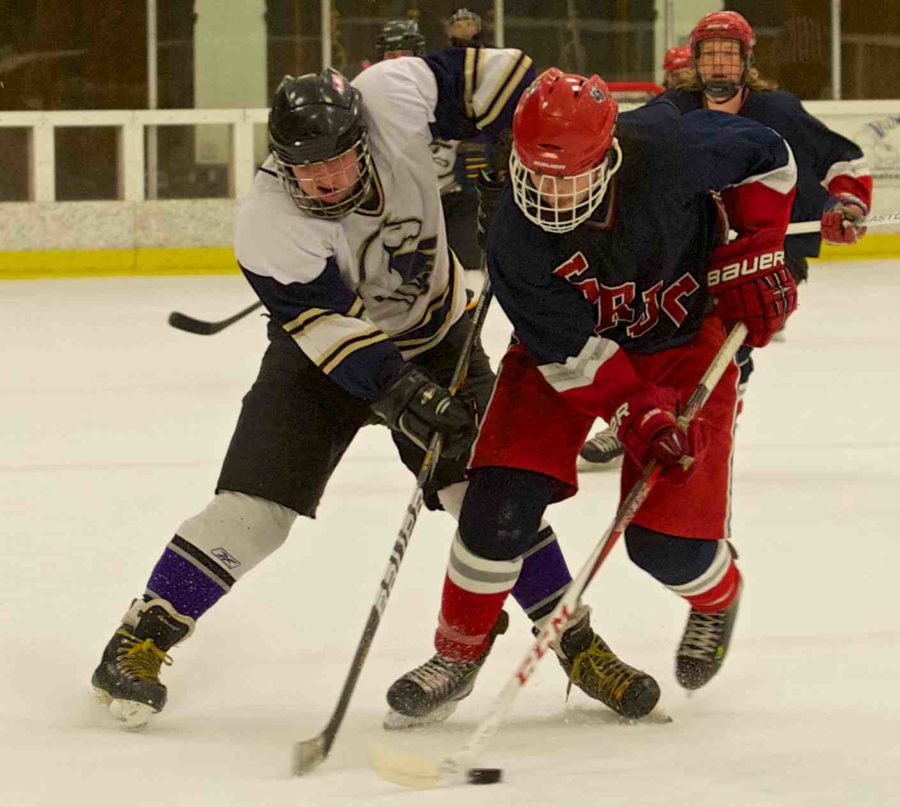 The Polar Bears took the ice Oct. 24 and 25, soundly defeating both opponents, UC Davis and Cal Lutheran University, including a shutout against CLU.

League rival UC Davis came to skate Oct. 24 and gave the Polar Bears a run for their money scoring first after 11 minutes into the first period. The Bear Cubs answered back  15 minutes later in the second period when Chris Whitten put the puck on net with an assist from Brandon Bronze. Four minutes later Lucas Digati inched Davis ahead 2-1 with a goal to take the lead into the third.

“We kind of slept walked a little bit through the first two periods. Then we decided to actually get involved and mentally check ourselves into the game and came out firing in the third, got that lead and never looked back,” said head coach Mike Kovanis.

At 13:54 in the third period, Polar Bear Matt Katicich put the puck on net, evening the score 2-2. Eleven seconds later, Blake Johnson scored the go-ahead and followed 20 seconds later with another goal; Defenseman Chris Whitten gave SRJC some insurance with final goal of the game.

“We had contributions from all over the lineup and the biggest thing for us was our goalie Dominic Jones played lights out hockey, stood on his head and made all kinds of saves,” Kovanis said. “Whether easy or very difficult when we put him in a bad situation, he came through with the saves.”

Kovanis cited the excellent special teams the Polar Bears are able to put on the ice this season. Both power play and penalty kill lines have a lot of players that can contribute to the role of blocking shots and being in the right spots.

“Anytime you get a shutout against a strong opponent it feels good,” Kovanis said.

“My team helped me out on that and I can’t say that’s just on me,” said Jones about his shutout. “There were some shots that I was a little iffy on but I managed to get in front of them.”

Jones ended the night against CLU with 24 saves on 24 shots on goal.

The Polar Bears face off against Stanford University for the second time this season at 8:30 p.m. on Halloween Oct. 31 on Snoopy’s Home Ice. Admission is always free, but bring a jacket and get there early to find a parking spot.