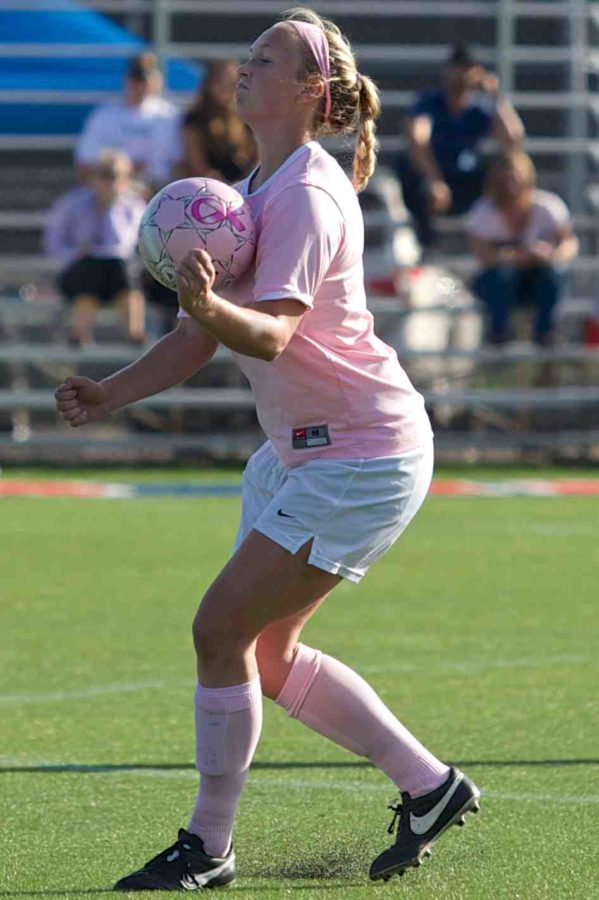 On Sept. 12, 2009, the always-exuberant Annie Studdert, then a high school sophomore, slept through the entire day. Little did she know this was the dawning of an extraordinarily adverse five years.

Studdert took her symptoms to her local doctor’s office where she was diagnosed with the flu. After eight days the symptoms persisted, and she was admitted to Sonoma Valley Hospital, which transferred Studdert to Oakland Children’s Hospital.

After numerous medical tests over an 11-day period, OCH discharged Studdert with viral meningitis. The typical recovery time for viral meningitis ranges from four to six weeks and requires little to no physical activity.

At the culmination of the six weeks, Studdert slowly eased back into sports activities, but the symptoms persisted.

It wasn’t until February 2010, six months after her initial misdiagnosis, when the Studdert family decided to visit the world-renowned Mayo Clinic in Minnesota where they learned she had developed a dysfunction in her autonomic nerve network.

Aside from the overwhelming medications, a number of doctors recommended a high-sodium diet and frequent small meals.

“I can honestly say it was the first time I had been told to eat French Fries, and who doesn’t like fries?” Studdert said.

Now, five years later, she continues to rely on multiple medications to maintain comfort throughout her day. When she’s physically active the condition doesn’t affect her much, but whenever she spends the day slouched on the couch, she suffers from fatigue and chronic headaches.

“It’s a blessing and a curse,” Studdert said. “On one hand I wake up tired and have to force myself to get up and run, but on the other hand it’s good because I know I have to and ‘no’ is not an option.”

Studdert’s perseverance weathered the storm of recovery, pushing her through high school athletics while also maintaining her spot on the honor roll.

After the University of Clemson in South Carolina recruited Studdert to play soccer, she spent her freshman year thousands of miles from home.

“The first half of the year was fun,” Studdert said. “I was carrying out my dream of playing soccer at an elite university, but when soccer season ended I didn’t really have much to do.”

SRJC women’s soccer coach Tracy Hamm said, “It’s difficult as a teenager to know what you want in a school, so, often, a student athlete’s first school of choice does not turn out to be what they thought. Annie is a smart, passionate person who I think will find the best fit for her after this season.”

After completing her freshman year, she decided to take her talents to Cal Poly San Luis Obispo, where her tough luck continued. Nagging ankle injuries prompted her to take a redshirt year, and the lack of physical activity coincided with harsher symptoms from her autonomic dysfunction.

Then, on a cold winter evening in 2013 Studdert was the victim of a random assault while walking home. She was punched numerous times and suffered a concussion that aggravated her condition.

“It got to the point where I couldn’t even get out of bed. I had lost all motivation and was at a crossroads in life,” Studdert said.

Her grades began to fall with her spirits.

Rather than attempt to transfer to yet another four-year university, Studdert returned home and enrolled at SRJC this fall, but wasn’t academically eligible to play soccer until early October.

“It’s been a really good year so far. I have been pleasantly surprised to see how much better the SRJC’s athletic trainers are than the ones at Cal Poly,” she said. “Not to mention, Tracy [Hamm] is the best coach I have ever had.”

Studdert has excelled as an attacking midfielder. She will soon join select company as a two-sport college athlete when she suits up for the women’s basketball team this winter.

“I’ve always known how sports can serve as an outlet for those who struggle with adversity, but the JC has given me a unique firsthand account of how impactful sports really can be,” Studdert said. “This is the first time since club soccer that I legitimately felt connected as a family with all of my teammates, both soccer and basketball.”

“Annie is very positive and knows what it takes to compete at a high level. She has a great energy about her,” Hamm said.

After this school year Studdert plans to transfer, for the fourth time, to a four-year university where she hopes to continue playing soccer or basketball.