SRJC Baseball Team Too Much for Yuba 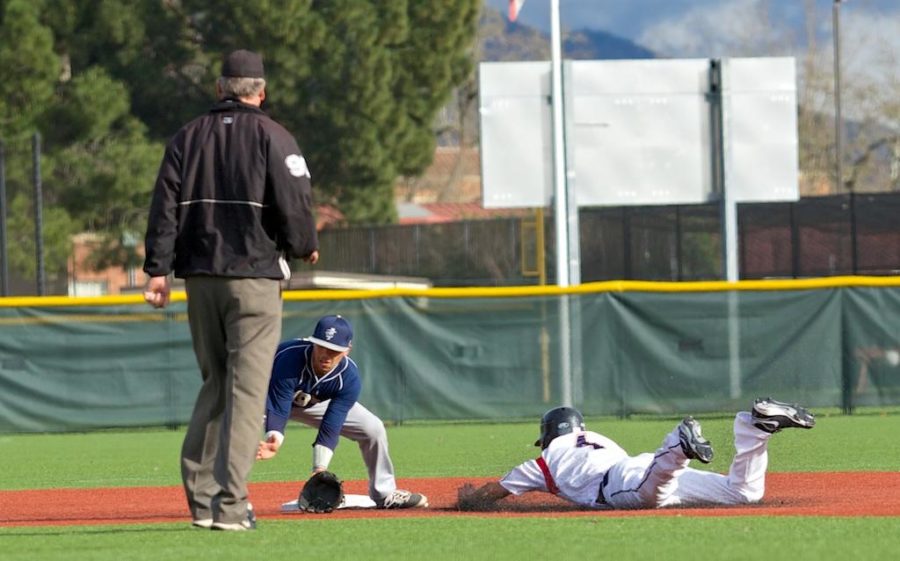 In a surprise home game, the Bear Cubs shut out Yuba College in a 5-0 win, extending their winning streak to seven.

The game was supposed to be on the road for the Bear Cubs, but the field at Yuba was too wet, so the teams played in Santa Rosa, giving the Bear Cubs an unexpected home field advantage.

They did not waste any time capitalizing on it.  With Matt LoCoco on third, Chase Stafford doubled, giving the Bear Cubs an early 1-0 lead.

Pitcher Kyle Mitchell was outstanding for the Bear Cubs, allowing just one hit and three walks with no earned runs before Vijay Patel took over.

Anthony Bender was named player of the game, driving in three of the five runs for the Bear Cubs in the ninth inning.

Bender retired the final batter of the game: it was his day.  “I was just looking for a pitch down the middle, looking for a strike and hitting it hard, and staying on the inside of the baseball,” Bender said.

The Bear Cubs’ defense stayed on top of its game by holding Yuba scoreless.

“This is my first year in this league and every team is pretty good. You have to keep pounding away at them,” Bender said.  “It’s a good win, our first pitcher shut them down pretty good, they didn’t score any runs and the defense was pretty solid,” he added.