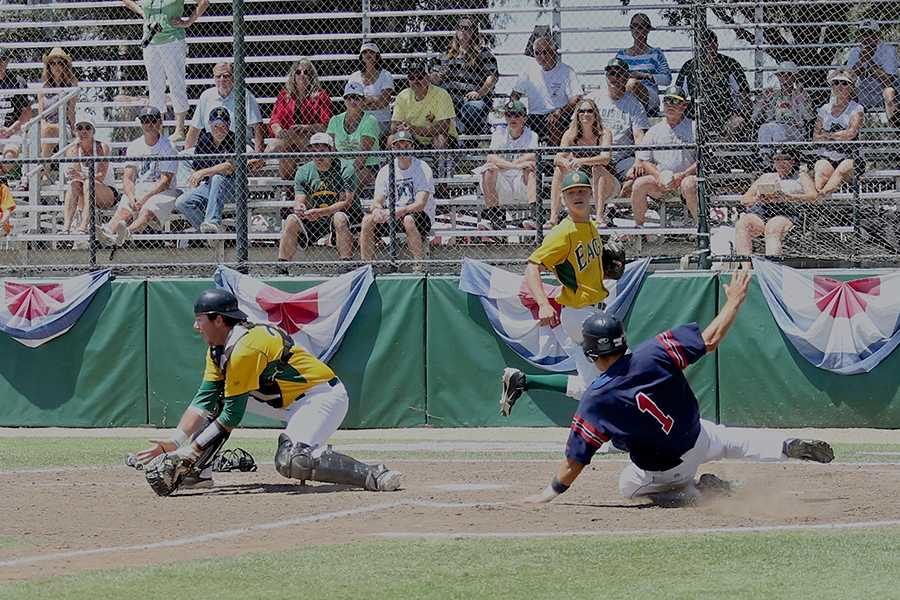 Chase Stafford slides across the plate during last year’s state championship tournament May 18 in Fresno.

The Santa Rosa Junior College men’s baseball team is confident the success from last season has the potential to carry over to this season’s campaign.

Along with his optimism, Niedlinger acknowledged there are some challenges.

“There is a lot of turnover, this being a two-year school. There’s going to be guys that haven’t seen a lot of playing time getting their chance to play,” he said.

One of the returning faces for the Bear Cubs is Chase Stafford. Stafford had 125 at-bats last season with a batting average of .272.

Also-returning sophomore Taylor Martin will most likely play third base. Martin hit a crisp .333 last season with 33 hits in 99 at-bats.

“These guys have worked really hard to get where they are,” Niedlinger said.

Though some roles haven’t been determined, like the closing pitcher, Niedlinger feels the team is in need of pitchers this season. Without a set-in-stone starting rotation, Niedlinger is confident he will figure it out as the season progresses.

For the role of closer, freshman Anthony Bender will most likely get the call for the Bear Cubs.

“We’re going to try that. Look for him to be the closer, play first base, and hit in the middle of the lineup,” Niedlinger said.

Other players to watch for are Matt LaCoco in center field, Phil Ramos at shortstop and pitcher Brandon Haggerla.

The team definitely has designs on making the playoffs, but when asked where he expects the team to end up, Niedlinger said he’d know more midseason.

They will try to beat Sierra College who won the Big 8 Conference with a 33-9 record.

The first game against Sierra is late in the season with three back-to-back games starting Apr 22.

Their first game is Jan. 31 against Chabot College.