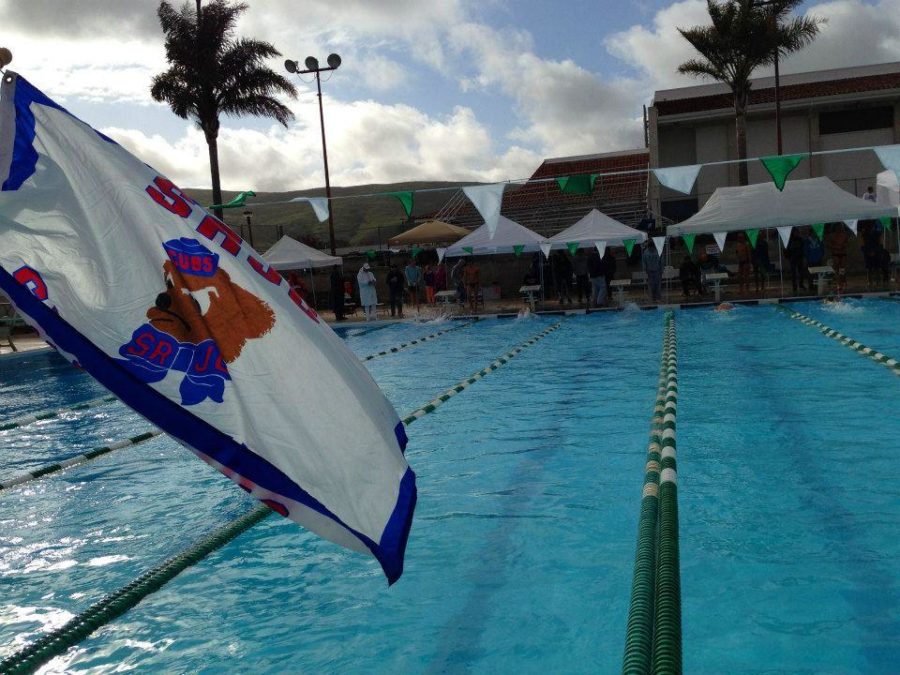 SRJC Swim and Dive finish in the top 5 for both the men’s and women’s teams.

The Santa Rosa Junior College swim and dive team trekked to the Cuesta invitational this past weekend, and both Bear Cubs squads went home with top five finishes. Out of the 17 competing teams, the men’s team finished fourth and the women’s team won it all with a first place finish.

It was the team’s third straight invitational leading up to the Big 8 Conference meet next week, and it did not disappoint.

“What we took away from this meet was to be confident in our training and remain focused on our goals,” said sophomore swimmer Alex Xu. “Everyone is feeling really great, and the performances were phenomenal.”

Phenomenal is the perfect adjective to describe this season’s SRJC swim and dive team. In addition to the strong invitational finishes by the men’s team, it has posted a solid 3-1 conference record. The women’s team is even stronger this season, plowing their way through the Big 8 conference, boasting a 4-0 record in the process.

“All the girls swam fast and competed great,” said sophomore swimmer Brianna Thompson. “Some of the women left with their best times of the season, and a good portion crushed their personal best times!”

Competition and speed makes the women’s team the highlight of the swim and dive this season. The girl’s team won all of its matches by a margin of 61.5 points per meet, beating Shasta College 93-12, Merced College 94-8, College of the Sequoias 89-20 and Sierra College 59-49. This latest victory is merely a testament to the potential at hand.

“Everyone was really excited to get first place and work their butts off,” Thompson said. “The girls gained confidence off each others outstanding performances, and used it in their own races. We are all really excited for the rest of the season.”

With a hot start and gaudy margins of victory, the women’s swimming team has the ultimate goal in mind: a state championship.

“I have a lot of confidence in our women’s team this year,” said team captain Alexandria Holland. “Just this last weekend we proved we are contenders for the 2013 state title.”

SRJC looks to finish a dominant stretch of invitationals March 15 when the teams travel to Pleasant Hill to compete in the Big 8 invitational. The Bear Cubs resume conference play March 22, when they take on American River College and the SRJC Alumni in Santa Rosa.