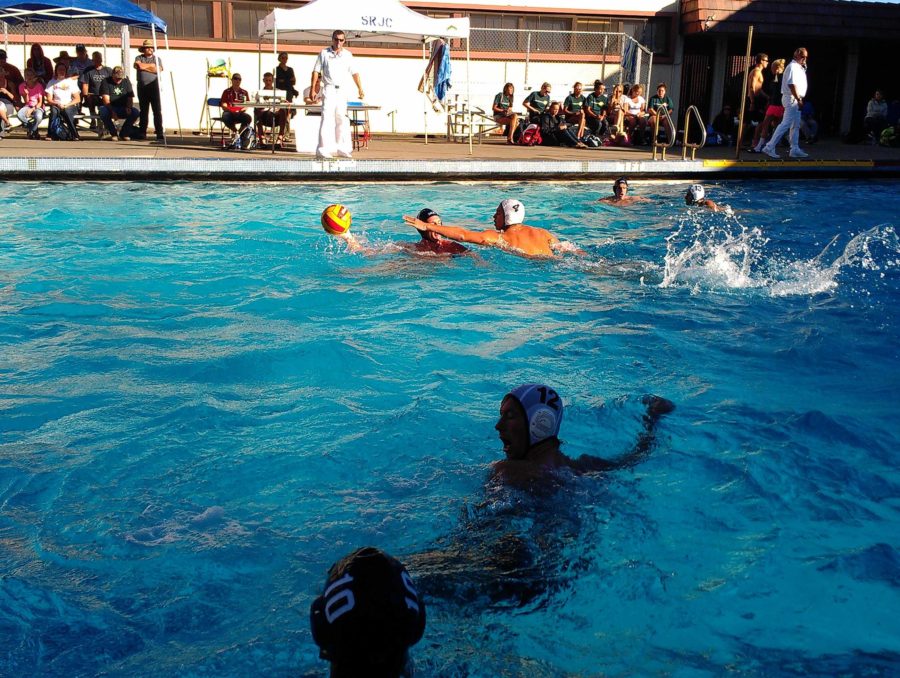 The SRJC men’s water polo team had high expectations for its recent tournament at Delta College hoping to go 4-0. Instead, the Bear Cubs finished with a disappointing 2-2 record.

The team had to overcome the loss of two players, including sophomore Travis West who starts at the crucial hole set position. At 6 foot 4 inches, and 200 pounds, West holds down the middle of the pool for the Bear Cubs. But a broken shoulder took him out of competition in the Delta tournament.

“I think I would have been able to help the team, I don’t like to talk about myself, but I wanted to be out there and help the team win,” West said.

The team’s first two games were on Sept. 14, when they suffered a frustrating 13-8 opening loss against Ohlone College. The team bounced back in its second match and notched a 13-10 victory against Cabrillo College.

On Sept. 15 the Bear Cubs opened with a 12-7 loss to Merced College, but managed to close out the tournament with a 14-4 statement win against De Anza College.

“We were kind of pissed off after losing our first game; it made us realize we had a lot to work on,” Sophomore Tijmen Egtbeerts said. “We began to improve on our defense after the first day, and on Saturday we did a lot better than before.”

The team’s decisive win against De Anza has players feeling confident in their abilities going forward. The 10-point victory was the culmination of everything they worked on that weekend, making good use of their new-and-improved press defense, as well as maintaining an insurmountable lead that Egtbeerts believes could have been even larger.

“We should have scored more in that game to be honest, but we were tired, since it was the last game of the tournament, and we didn’t have Travis in the game either,” Egtbeerts said. “Travis is really good at what he does and if he wasn’t hurt, we would have played the teams we lost to much tougher.”

Despite his absence, West thinks the tournament was good for the team. “The trip brought the team together, and ending the trip with a win inspires confidence going forward. Beating De Anza showed our capabilities, and we feel we can play with anyone now,” he said.