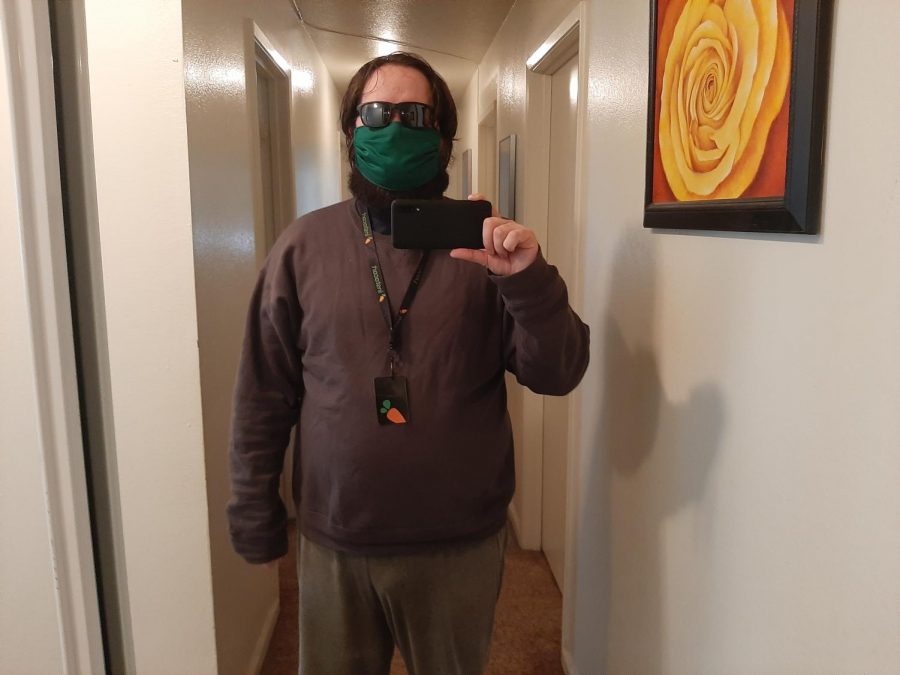 It was to be my hump week, the week that I got to make up for being forced to take a week off my day job as one of SRJC’s custodians. And then the new age plague, the Spanish flu 2.0, COVID-19 hit Sonoma County sooner rather than later, and I ended up losing my job earlier than expected. A job I had worked for 10 years, waiting for the day I could be made a permanent staff member. I lost my job just before the college announced it’s paying its employees to stay home through May.

I had a job lined up at the Two Rock Coast Guard base, but due to the county’s shelter-in-place order, I won’t start the final steps for the hiring process until it is over. So I didn’t have many choices other than try to make it off my savings alone or use my good old-style American determination and work for myself. I chose the latter.

I have been involved with gig economy apps for about a year or two now. It wasn’t income I depended on, just something I did when I had a day off, during school holidays or the seemingly annual natural disaster. I signed up for several delivery apps, such as Doordash, Instacart and Postmates for more side work and received free insulated bags for deliveries. I used the personal shopping apps when I wasn’t feeling like driving for Uber or Lyft, but since those two ridesharing apps are slow to nonexistent right now, it was time to focus on doing deliveries.

On my first day of spring break, I made $80 in under an hour on tips alone. Requests for Doordash have earned me a minimum of $8-10 each delivery and $20 to $30 for Instacart, if I’m willing to work early in the morning.

For the first two weeks after starting, I noticed dramatic changes in the grocery stores, restaurants and even the local Costco. There were shelves cleared of any paper and cleaning supplies. Bins normally filled with fish or chicken were completely empty. I watched the lines to get inside stores grow longer by the day with added security checks to make sure everyone was keeping their distance from one another. At least Costco has a bulletin board out front stating which items are in stock and which are out. Costco now lets us Instacart workers use the back door to avoid the lines.

Restaurants that I once frequented are empty, chairs and tables either moved to one side or taped off. Some places have moved their counters outside with order- and pick-up lines and tape marking your distance from the cashier. Plexiglass windows have been installed when possible in every gas station, Safeway and liquor store.

I have mostly been delivering groceries in the mountains and other isolated places around the county. Sometimes it feels like I’m the only one on the road driving through the quiet quarantined streets. The customers and I dance around each other extending tips and goods while trying to maintain a minimum of 6 feet. Doordash has been letting people request that I leave deliveries at the door, which makes my job easier, because having a man donning a mask, sunglasses, rubber gloves and full body covering showing up on your doorstep tends to garner negative app ratings.

I’d like this say this job has at least given me an excuse to get some fresh air and leave the house, even if I’m at risk of dying from the virus because of my weak lungs. It’s a trade-off. After all, what else is there to do besides staying locked up in my house and slowly growing mad and hateful?

My greatest coronavirus concern has been getting more masks and gloves for work. Doordash and Instacart have been delivering mask and gloves on request, but they tend to take up to a week or two to get here. Also, I’m not sure if it’s my phone or the internet use in the area, but GPS seems to be growing slower by the day, especially in less developed parts of the county.

I know this job will not last long, and if everything goes as planned, the gig economy rates will drop around mid to late May as the shelter-in-place order is lifted, but as long as it holds up, I’ll keep driving the apocalyptic streets of Sonoma County.