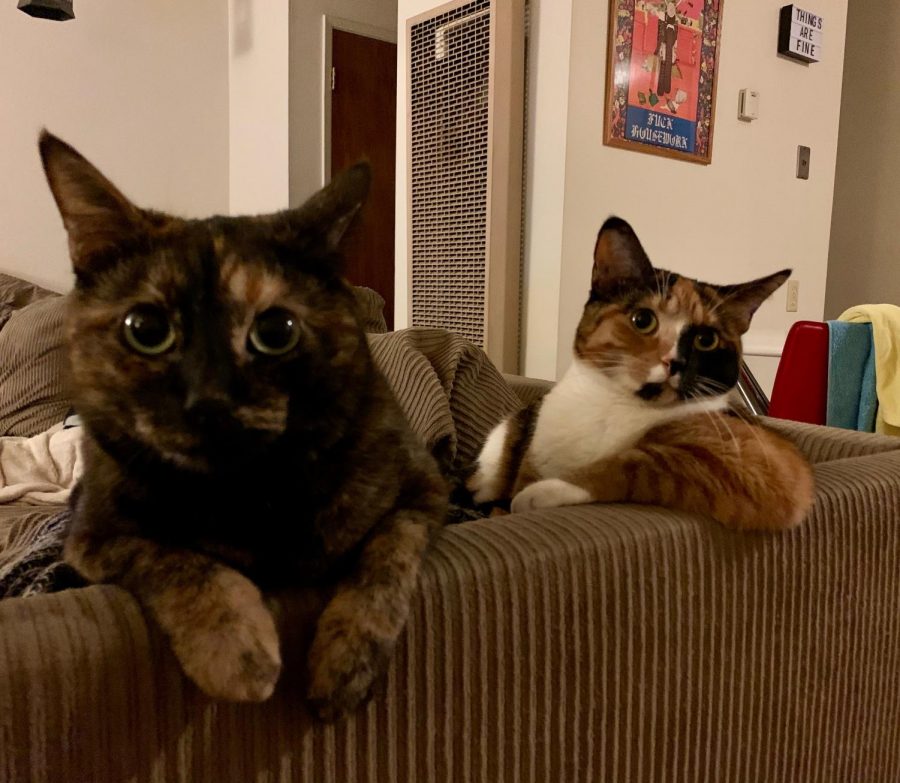 In the first days as the world around us began to shut down I spent my time stocking up my apartment with items like frozen food, giant bags of cat litter, a ton of cat food and of course our society’s precious toilet paper. I visited the grocery store too many times in those early days as my roommate, Molly, would find new reasons we needed to go there, influenced by the social-media photos of empty shelves and lengthy supermarket lines.

After a couple days of prepping, I convinced Molly we needed to stay in and since then we’ve been on lockdown. She has now had to convert her 40-hour-a-week office job to working remotely from our couch, and in between editing articles and grading discussions and midterms, I have spent my time filing for relief as three of my five jobs have been put on pause.

Any other March would normally provide plenty of entertainment for me, not only as a sportswriter but as an avid fan. But just like the rest of the world, this typically sports-packed month has been postponed or, in the case of 2020 March Madness, has been terminated completely. A time that is normally filled with nonstop college basketball, baseball spring training, a push for a playoff seed in the NBA and NHL, and the Masters is now frozen and has forced me to invest heavily in my Madden franchise to get my fix.

With our lives forced inside, Molly and I — as huge movie and TV buffs — have had plenty of time to cross some films and shows off our list. One of the first things we watched was M. Night Shyamalan’s Eastrail 177 Trilogy, which includes the movies “Unbreakable,” “Split” and “Glass.” Having only seen the James McAvoy vehicle prior to this, I found the two bookends to the series interesting films but not as satisfying.

We have also recently watched two astounding documentary series. The first is a disturbing but well-made show titled “The Trials of Gabriel Fernandez.” It is available on Netflix and examines the abuse that led to the eventual death of an 8-year-old boy at the hands of his mother and her boyfriend, and the system of social workers who negligently failed to save him.

The other docuseries, which is much more amusing and entertaining, is HBO’s “McMillions,” a fascinating look at the FBI investigation into how the McDonald’s Monopoly game was fixed from 1989–2001. It is worth watching for the cast of characters alone. One person in particular who steals the screen is an FBI agent named Doug, whose energy and outlandish behavior is truly a sight to behold.

Some other quick entertainment recommendations I would suggest for TV are HBO’s “The Outsider,” and for fans of reality TV, this current season of “Survivor,” which is completely composed of a cast of former winners. For podcasts, I would always suggest “The Bill Simmons Podcast,” especially for fans of sports and pop culture, and I would also encourage everyone to subscribe to the “Conan O’Brien Needs a Friend” podcast, which is not only hilarious but insightful.

While I spend this time communicating and looking at the world from my couch with my cats, Meatball and Nala, I will try to keep my pandemic panic to a minimum, and I wish that anyone out there reading this is not only safe but is also being smart.

Hope to see you again in person!