Gun control: Not the only solution 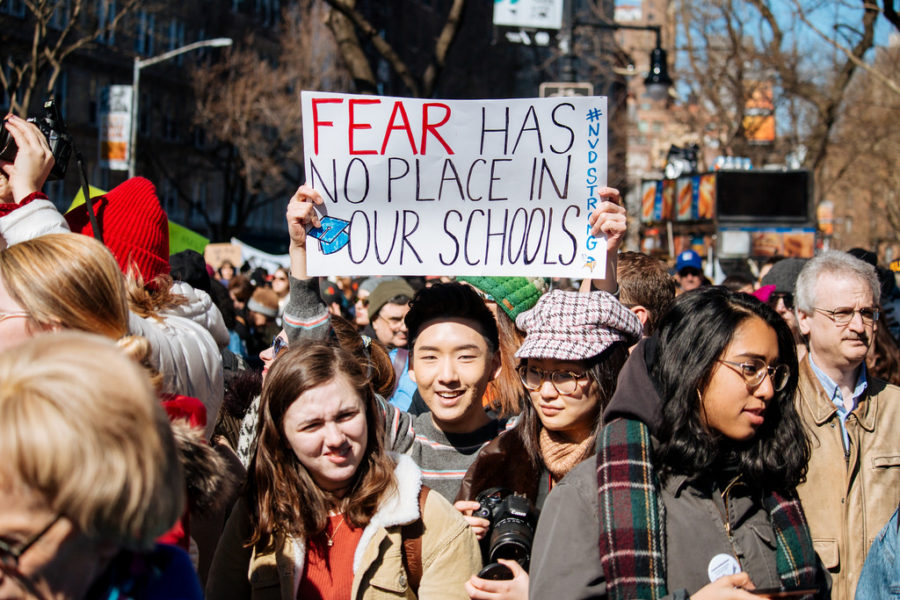 Gun control is once again in the national spotlight, but other related issues deserve recognition.

Guns are an easy target for activists. They’re loud, scary-looking and they account for just over 70 percent of multiple homicides. But the issue of school shootings stems less from guns, and more from a lack of resources for students struggling with mental illness.

On March 24, thousands of students across the country participated in March For Our Lives, a protest that took aim at the NRA, politicians and the lack of effective, comprehensive gun control in America.

A day earlier, 23-year-old Mark Conditt triggered a homemade explosive device that killed himself and ended a 19-day terror spree in Austin, Texas. Conditt had killed two, injured five others and incited fear all across Texas. All without firing a single bullet.

This isn’t to say that we don’t need better gun control, but targeting guns alone misses the root cause of the issue. These violent outbursts are more easily executed with guns, but this form of gun violence is a symptom of the lack of structured support and awareness we have for mental health issues in America.

Prying the guns from these people’s hands will not stop the sickness afflicting their minds. Almost anything can be used as a weapon in the hands of a determined person, simply removing a person’s access to one kind of weapon won’t stop them from picking up another.

After what came to be known as the 1996 Port Arthur Massacre in which 35 people were killed during a mass shooting in Tasmania.

Australia introduced the world’s most effective gun buyback program. Australians sold 640,000 prohibited firearms to the government and handed over 60,000 non-prohibited firearms. More than 700,000 weapons in total were taken off the streets.

Research shows that the buyback program reduced the number of guns among citizens by as much as 20 percent.

Australia’s buyback program is often cited by gun control advocates in the U.S. as a solution for our mass shooting epidemic, yet other voices will quickly counter that gun culture runs too deep in America, and the sheer number of guns on the streets (more than 300 million) makes buybacks an unrealistic solution.

Some on the right, including President Trump, have suggested arming teachers to solve the recent swell in school shootings. They say that the only way to stop a shooter is a good guy with a gun. But why do we let our students struggle with mental health issues until they become shooters? And why do we let the vast majority of non-violent students suffering from mental health conditions suffer needlessly?

Schools should be armed, but not with guns. To curb school shootings, schools must be armed with therapists, counselors and staff members trained to recognize students suffering from serious mental illness, and be able to reach out to these students before they reach the breaking point.

A broader view must be taken to address the epidemic of school shootings. Guns may be the hardest hurdle to overcome because of the right’s entrenched political ideology, but focusing on the support systems in place for people struggling with alienation, depression and suicidal or homicidal thoughts will do far more for these people than taking away their access to firearms ever will.