Let’s make a joint effort to be aware 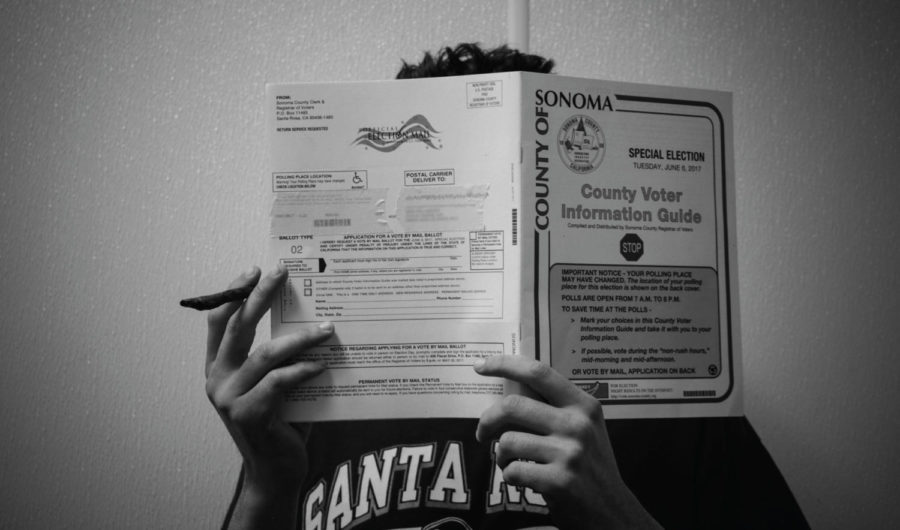 What you want may not be what Sonoma County needs, especially when it comes to uncertain cannabis laws.

While California celebrated the legalization of cannabis, many voters are unaware they opened a door for big businesses to take shortcuts in production, monopolize the industry and drive out small businesses.

College students are arguably the most accepting and supportive of the cannabis industry but may not be aware of the negative effects it could have on Sonoma County.

Usually when business laws were broken, the federal government would go after the smaller fish. In the 2008 housing collapse, small banks took the hits, while big banks got bailed out with minimal consequences.

This is a lose-lose situation for small sustainable farmers, as they are the prime suspects for federal raids. California’s police departments have always raided first and investigated later when it comes to the cannabis industry, and with so many small sustainable growers, they become an easy target. So once the state legalizes cannabis, who’s to say the federal government won’t do the same under President Donald Trump’s administration.

The writing’s on the wall for Sonoma’s small cannabis businesses, Trump is trying to re-spark the fire in the charred pile that is the war on marijuana. Big companies like Monsanto and Marlboro are looking to buy land in Humboldt due to California legalizing marijuana for residence 21 and up.

As marijuana becomes legal in California and bigger corporations buy land to produce it, there is a good chance that the corporation’s resources will find a way around the feds, just like Monsanto does in the U.S.’s agricultural market.

One way large-scale cultivators have abused the laws set in place so far has come in the form of marijuana testing.

Currently, farmers grow a high volume of cannabis to sell to medical dispensaries. To participate in the medical market, growers usually need to get it tested first. Most growers test their own product, creating biased results and giving false impressions of healthy cannabis.

Although there is still a stigma associated with recreational cannabis use, mostly due to its Schedule 1 classification with the DEA, many college students believe it’s on par with alcohol and tobacco. Many SRJC college students agree cannabis should’ve been legalized but do not think about how it could negatively affect the community.

This is just another example of why you need to fully educate yourself before you vote, no matter how good the proposed law seems (or how high you are).

The debate over cannabis offers insight into the upcoming vote on Measure C in Santa Rosa. Measure C proposed an ordinance addressing rent control and tenants rights but it may be addressing an important issue in the wrong way.

Check out our article on pg. 3 about Measure C by Simon Isaksson to learn more.

Yes, the lack of affordable housing is a major problem, especially among college students, but Measure C is not the way to go about it. For example, there are codes in the ordinance for Measure C, which many don’t realize, that allow people with high incomes to still qualify. Our housing crisis goes beyond Measure C and if passed we might overlook the current high cost of rent which is the root of the problem.

Like the legalization of recreational cannabis, Measure C still only scratches the surface, but like a lot of people who voted for cannabis, many believe that if Measure C is not passed the problem will continue to be ignored. It doesn’t have to.

We need to demand the best solution, not just the first one.