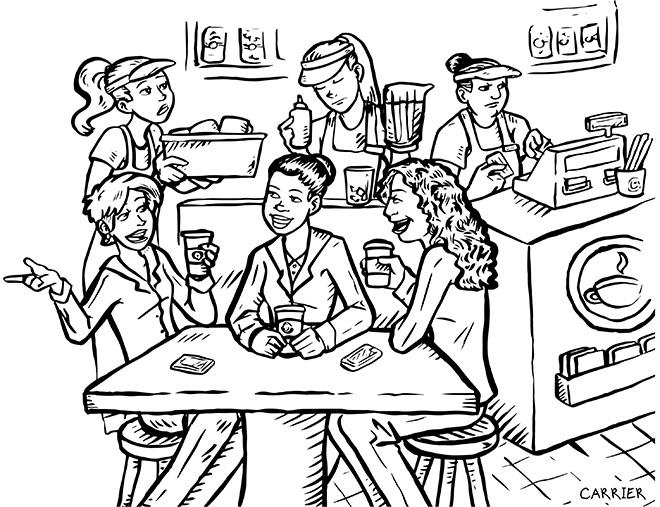 In the United States, Latina women—the most underpaid demographic in the country—make 55 cents for every dollar compared to white men. There is no female ethnic group that makes as much as men, despite women earning more college and graduate degrees. Discrimination in pay, hiring and promotion continues to be an issue. And that’s just the tip of the iceberg.

At Santa Rosa Junior College, 58 percent of faculty are women and 54.7 percent of students identify as female, according to the school’s website. SRJC stands for openness and equality, but as soon as female students graduate they face an unfair world where male peers receive higher pay and better opportunities. There is yet to be any unified effort to close the wage gap; spotty attempts have created a division within the female workforce.

Although our local community works hard to lift these issues—January’s Women’s March in Santa Rosa is a great example—the fact remains that the country’s current leader is a misogynistic predator looking to further restrict women with plans to cut Planned Parenthood funding. Forty-eight million people and a majority of the states voted for Donald Trump despite the knowledge of his disdain for women. Overall, the population lacks an awareness of the daily struggles for women and minorities.

More than 30,000 students attend SRJC with the intention to learn and obtain information about the world. SRJC should seize the opportunity to teach EVERY student about social issues regarding women. That is why we propose a simple, yet effective daily reminder to catch the attention of those unaware. All SRJC teachers should state at least one of these seven facts in the beginning of each class, everyday until equality exists.

2.  One out of six American women have been a victim of rape and sexual abuse, according to RAINN.org. Native American women are twice as likely to experience sexual assault than women of other races. Twenty-one percent of transgender and LGBTQ students are sexually assaulted in college compared to 18 percent of men.

3.  Currently, 78 Democratic and 26 Republican women serve in the U.S. Congress, making up 19.4 percent of the 535 members. In a study of 146 countries, currently 15 nations have a female head of government, as reported by Pew Research.

4.  The vast majority of hate crime victims (72 percent) in 2013 were transgender women; 67 percent were women of color.

5.  Fifty-three of the 100 senators in the U.S. Senate and 243 of the 435 members of the U.S. House of Representatives are anti-choice. No states provide “total access” to comprehensive reproductive healthcare in the U.S., despite seven out of 10 Americans believing abortions should be legal.

7.  The United States is the only industrialized country in the world that doesn’t offer paid maternity leave for women.

Women’s history is treated inherently separate from men’s, which alienates people and distracts them from challenging conversations that should already happen on a daily basis.

As in the words of feminist Gloria Steinem, “the future depends entirely on what each of us does every day; a movement is only people moving,”

A daily reminder in SRJC classrooms of women’s suffering would make generations of students better equipped to develop a more fair society.