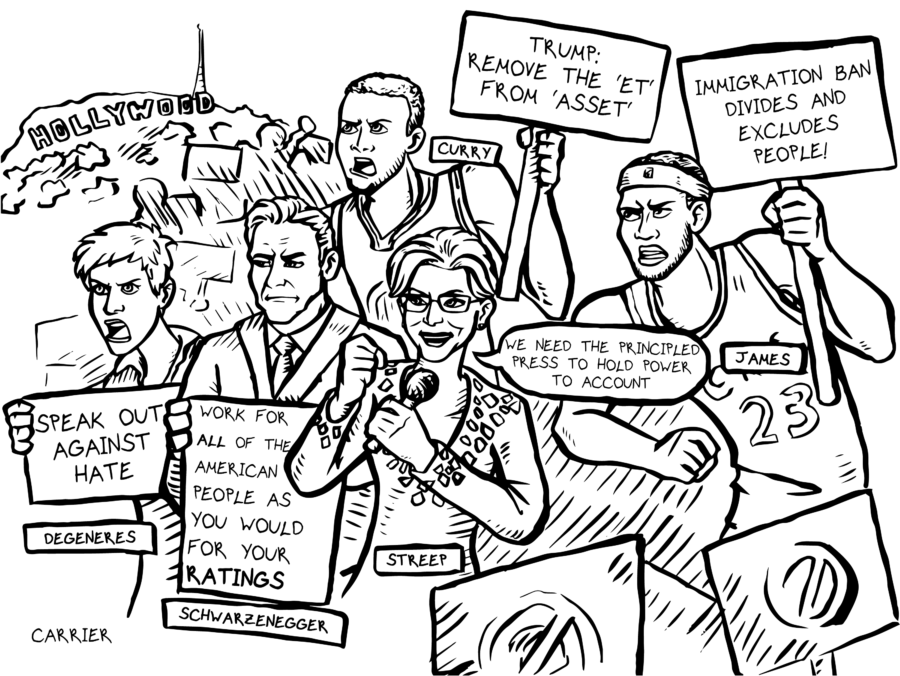 The only good thing to come out of Donald Trump’s presidency is the amount of political activism he’s incited throughout the country. Whether it’s San Antonio Spurs head coach Greg Popovich, actress Meryl Streep or a stranger on Facebook, everyone wants their voice heard. This activism stretches across class, race, religion, ethnicity, age and vocation. The best part is that it gives a voice to those who might not have otherwise gotten involved.

After the election, Santa Rosa Junior College students came out in droves to oppose Trump. Students organized protests down Mendocino Avenue and participated in the Women’s March. Faculty and students organized a town hall Feb. 13 called Solidarity with Our Communities: A Call to Action. Undocumented, Muslim and other students seized the opportunity to speak their minds and ask SRJC’s administration and faculty what’s being done to protect their rights.

Nationally, we are seeing renewed political engagement on a similarly large scale.

Take ESPN Senior Writer Zach Lowe, who has written about sports—primarily basketball—for more than 10 years. He has rarely, if ever, been political in his writing. But now, he and many others are stepping out of their comfort zones to voice their opinions of Trump and his administration on a regular basis. Many citizens support journalists like Lowe, but others say he should stick to what he knows best.

The sentiment “stick to your day job” is not just an insult directed at journalists. Now even professional athletes hear the same thing. But many athletes are doing the right thing and standing up for what they believe. Golden State Warriors point guard Stephen Curry is just one of many putting his money where his mouth is.

Curry has a wholesome, somewhat bland image. But even he spoke out recently against the CEO of Under Armour, who called Trump a “great asset.” Curry, who has an endorsement deal with Under Armour through 2024, said, “There is no amount of money, there is no platform I wouldn’t jump off, if it wasn’t in line with who I am.”

Popovich is known as a quiet basketball genius, but he’s been outspoken and critical of Trump. The day after the inauguration, Popovich said, “It’s hard to be respectful of someone when we all have kids, and we’re watching him be misogynistic, and xenophobic and racist, and make fun of handicapped people.”

Whether you like the increased activism or not, one thing is for sure: media coverage is changing. This is the climate we live in now. It feels like the only break we got from politics this year was the five hours during the Super Bowl. But even then, we couldn’t fully escape because right as the game ended, “Falcons won the popular vote” tweets flooded the Internet.

At the Oak Leaf we struggle with what is most important to write about. If we have a sports writer who wants to speak out against Trump, do we encourage that? What if it takes away from their sports coverage? Is basketball or baseball that important right now?

It doesn’t matter if you normally don’t write or talk about politics, or consider yourself political. If you have something to say, use whatever platform you have. Many say this is just a present-day problem—that in 10 years it might not even matter that Trump was president—only time will tell. But don’t be the one who bit their tongue when it really mattered.