Editorial: If you want to invest in the middle class, invest in education 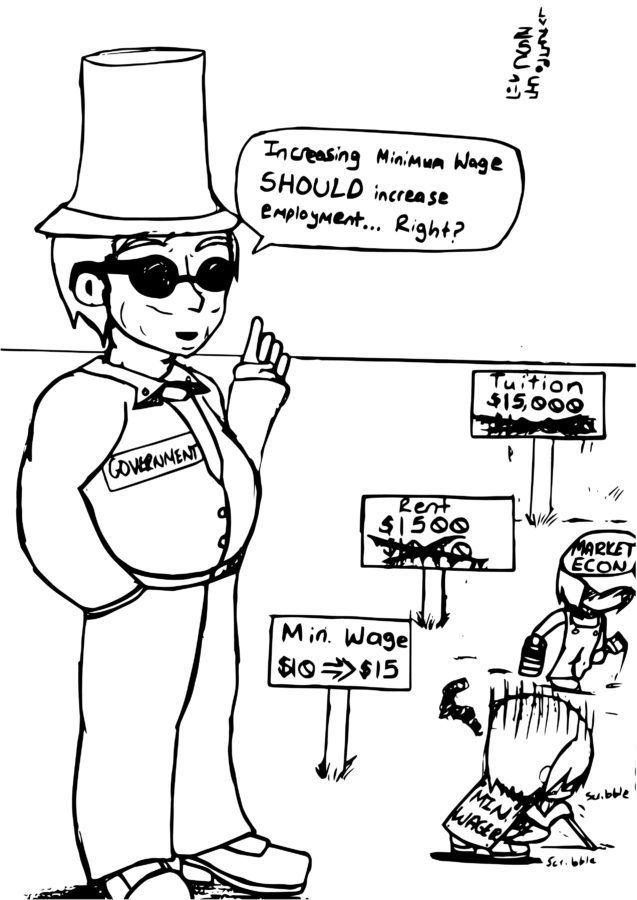 Much of the first part of the first presidential debate Sept. 26 at Hofstra University in Hempstead, New York was about how to keep manufacturing jobs in the U.S.

Today, over 12 million Americans work in manufacturing, so there will always be a place for it here. But America has lost over five million manufacturing jobs since 2000. In 1960, one in four Americans had a job in manufacturing. Today the number is less than one in 10.

This is because humans are being replaced with machines, and cheap employment is being sought elsewhere.

So when you hear a presidential candidate say they want to bring back manufacturing jobs while also raising the minimum wage and taxes on the big corporations, you should realize the math doesn’t add up. Nothing deters a company from hiring more than raising wages and taxes. The goal of a manufacturer is to make as much output as efficiently and cheaply as possible. Raising taxes will hurt big companies, and raising the minimum wage will hurt all companies, big and small.

Our leaders need to stop focusing on reviving America’s manufacturing economy and start shifting its sights towards technology and green-enterprise jobs for the middle class.

If you want to invest in the middle class you wouldn’t just give workers an extra dollar for every hour worked, you’d provide them with a chance to make significantly more than the minimum wage. You’d allow them to get a job in government, education, research or information technology.

Yes, investing in education would be expensive—but it could be paid for the exact same way we pay for all other entitlements.

The national debt is currently more than $19.5 trillion, and it’s estimated it will take nearly 400 million years to pay it off, so it should be considered a sunk cost.

Education is an investment that, in the long run, has an opportunity to pay for itself. As students graduate and get jobs that pay well above the minimum wage, taxable income will increase significantly. Ideally, this would allow the system to pay for itself and then some.

Currently the education system doesn’t open its door to everyone. The prospect of acquiring tens or even hundreds of thousands of dollars in student debt scares people away. Others aren’t able to handle the struggles of going to school full time while working full-time.

Unfortunately, working full-time is really the only way to stay afloat in our current housing market, especially in Sonoma County. When the cheapest apartments around are $1,400 a month, a student has to work a 40-hour week at minimum wage to afford rent, with little money to spare for food or to pay off debt.

Putting money in the pockets of anyone, whether it’s corporate execs or minimum wage workers, will not create jobs and will not encourage future employees to focus on their education and enter higher-paying industries. So the next time you hear a candidate saying that raising the minimum wage or decreasing taxes for businesses will bring jobs back, make sure to think critically about who these changes really benefit.