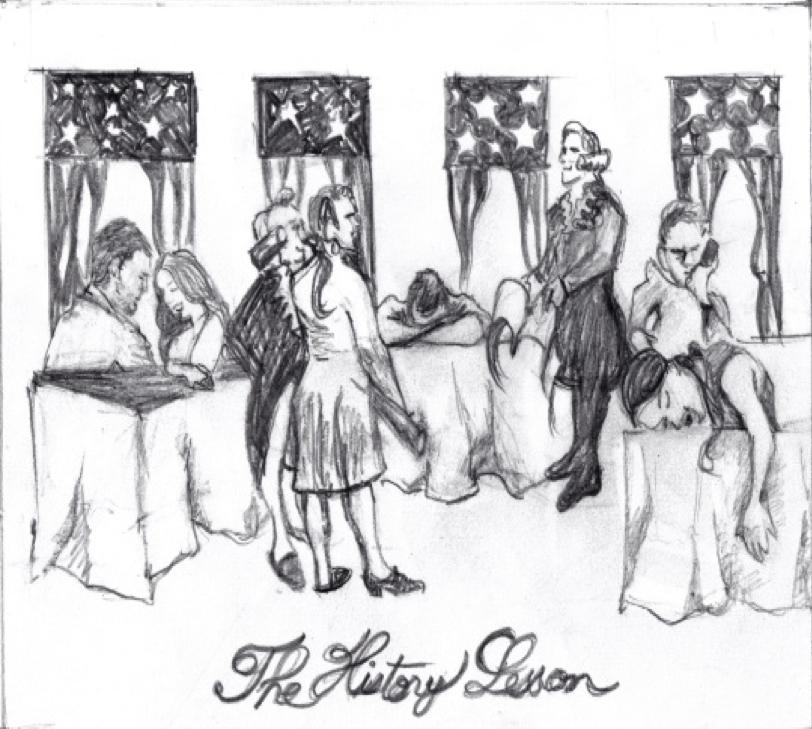 Three very simple words, yet they introduce the most important document in our nation’s history, the document that forms the very foundation upon which this country was built. But we the people are shockingly deficient in the basics of our Constitution.

In 2011, Newsweek administered the American citizenship test to 1000 Americans. While 38 percent failed that exam, most of the truly shocking deficiencies in our citizenry’s knowledge stemmed from a deficiency in awareness of the Constitution. Only 19 percent could give one responsibility of the federal government, which can print money, declare war, create an army or make treaties. Only 37 percent knew how many justices are on the Supreme Court, over which nine justices preside. Only 57 percent knew what the Bill of Rights, the first 10 amendments to our Constitution, was.

When the Oak Leaf’s own Jimmy Merrill and Jenna Burkman polled 50 Santa Rosa Junior College students, only two could name all five parts of the First Amendment. Freedom of speech, press, assembly, petition and association: the most basic rights enumerated in our Constitution.

Perhaps most shocking of all, only 30 percent of participants in the Newsweek experiment knew that the U.S. Constitution was the supreme law of the land.

SRJC marked the annual Federal Constitution Day Sept. 17 by passing out pocket-sized Constitutions in the quad. That’s right. Our Constitutional awareness is so poor that we’ve been reduced to handing out small books like bible-thumpers handing out copies of the New Testament on the first day of school.

Although it’s a commendable effort, passing out copies of the Constitution isn’t going to get us far enough. The fundamental problem we face is a generation wholly convinced that nothing they do can make an impact: students, future leaders of tomorrow, who believe that they’re nothing more than grains of sand on a beach or drops of water in an ocean. We’re a generation disillusioned by political scandal after political scandal, raised by a generation disillusioned by Watergate.

At no point in human history have any people had access to one-tenth the information that we have at the tips of our fingers and the click of a button. Technology has given us the power to know whatever we want, whenever we want.

There shouldn’t be any excuses left for our miserable ignorance of the laws and social tenets that form the foundation of this country. And yet it seems the proliferation of social media and infotainment have outpaced the growth of social and political awareness.

Get involved. Realize what our Founding Fathers knew: Small can be mighty.

“We the People of the United States, in order to form a more perfect Union.”