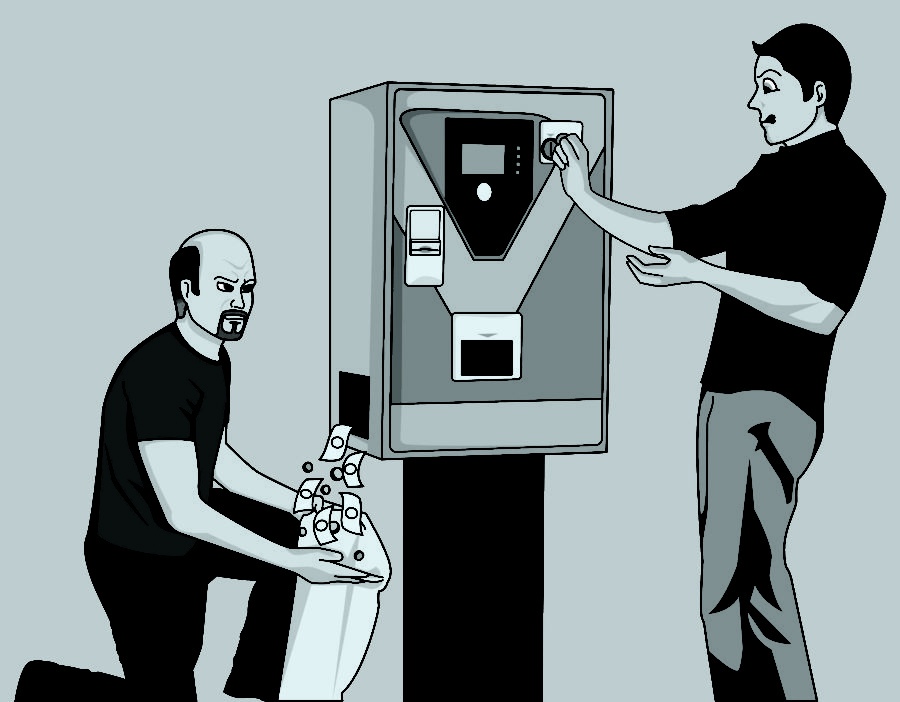 It’s all about trust.

Over recent years, the SRJC community has weathered many storms. A revolving door of police chiefs, prolonged search for our new president, years of budget cuts and disappointing football seasons have all created obstacles to be overcome. The most recent troubles come in the form of one Jeffrey Holzworth, a 28-year SRJC veteran police officer whom colleagues described as a good friend, someone you could count on.

Holzworth was arrested by Santa Rosa police on suspicion of grand theft and embezzlement. He is suspected of using his position on the SRJC District Police force to steal money from parking revenue that he was tasked with collecting. At a time when the college is counting pennies to make ends meet, a trusted employee may have been walking off with thousands.

Needless to say, we are not happy with Holzworth’s alleged unscrupulous activities.

The Oak Leaf staff is glad to hear that the school has launched an extensive internal investigation to uncover exactly how Holzworth may have gotten away with this. We know that the parking machines used on campus can create an external record of all transactions, but they were left in the hands of only one person. We know that money in and out of programs is supposed to be extensively tracked by accounting and every penny should be checked against receipts, but there were loopholes when it came to Officer Holzworth.

After all, everyone trusted him. Former President Robert Agrella golfed with him. He was friendly and outgoing, and counted many friends among campus colleagues.

We applaud Police Chief McCaffrey and his force for bringing their suspicions to the Santa Rosa Police Department to investigate the case. But we want to know how SRJC will avoid similar problems in the future. Hopefully new procedures will not punish hardworking and honest employees with more bureaucracy and paperwork.

When all is said and done, the courts will have issued a verdict and SRJC will have implemented new rules to make it more difficult for employees to steal from the college in the future. And if SRJC can figure out how much was stolen, the college can even recoup its monetary losses through its crime insurance policy. But what will be more difficult – and perhaps even impossible – to restore is that which matters most: trust.