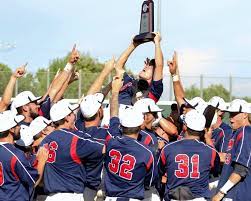 Just weeks ago, UCLA Men’s Basketball played Gonzaga in the Final Four, a particularly sweet accomplishment for a storied program that hasn’t reached the semifinals since 2008. Those particular Bruins will go down in history for not only bringing the team back to prominence, but also because they were the first Californian collegiate student-athletes with the potential to be paid.

This question of paying collegiate-athletes is gaining attention nationwide, especially for D1 eye candy. Community college athletes, however, have been largely ignored. Thanks to California’s “Fair Pay to Play” bill, Division 1, 2, and 3 collegiate student-athletes can accept endorsement deals and sponsorships. But this law doesn’t extend to all collegiate athletes in the state. Community college players like me are still barred from signing endorsements and sponsorships — we can’t even get scholarships.

It is time for change.

More than 115 community colleges in California are a part of the California Community College Athletic Association. Its governing rules do not allow athletes to receive scholarships. Under that same rule cash or personal loans, special discounts, gifts, transportation, reduced housing cost, and even telephone privileges are not allowed. California is one of a couple of states that have no participants in the National Junior College Athletic Association (NJCAA).

With no chance of scholarship dollars, student-athletes need to make money to survive during the year, but it’s nearly impossible to hold a job. The season lasts seven months, during which most athletes spend more than 15 hours between practice, lifting and film/scouting per week. That does not include games or travel.

Keeping up with rent, food and school expenses without a job or scholarship money potential is extremely difficult, especially because moving on to play at the next level is never guaranteed. Obviously, community college level athletes are not likely to acquire large sponsorships or sign major endorsements, but does that have to mean that they can’t be compensated in other ways?

Many California community colleges are located in smaller towns or cities with communities..

Community college athletes in these places are in a unique position to not only gain more exposure for themselves and their teams but also improve foot traffic and exposure for the local businesses that get involved.

It should not only be allowed, but encouraged that local businesses give small endorsements (food, clothing)in return for helping get them more exposure.

SRJC’s second playoff game before the season was cancelled was in Sonora, California. The population in Sonora is just over 4500, and many residents attend the local community college’s sporting events. In a town like that, with a robust sense of community, allowing players to connect with local businesses could be beneficial to the entire town.

This would help community collegiate athletes with both their bank statements and their personal community outreach.

If the NCAA can change its rules for D1 players to sign endorsement deals with Under Armour, Nike and other major sports brands, why can’t community college players sign with local businesses? At the very least, community college athletes should be given the chance to earn scholarships.