Biden did his part, let’s do ours: How to kick Trumpism to the curb 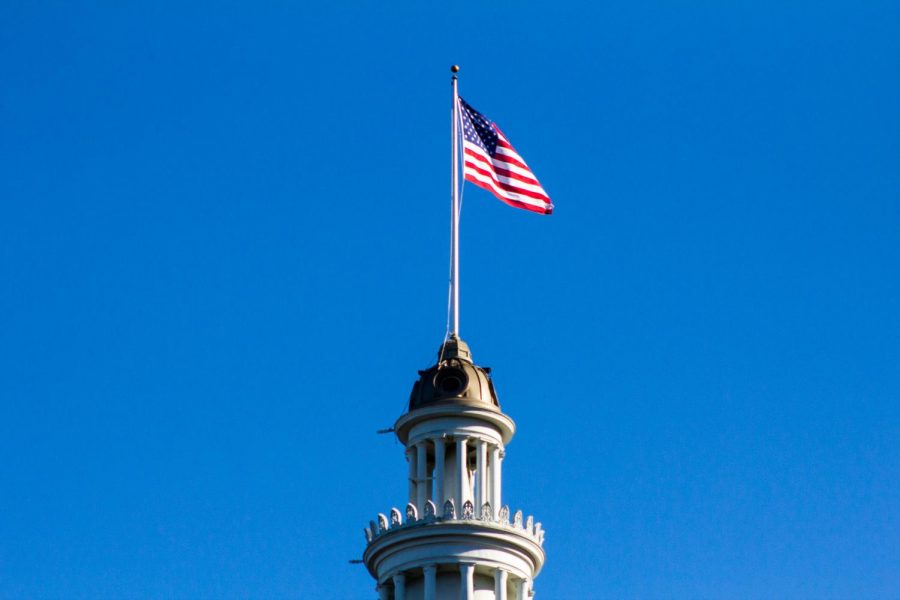 Inauguration Day is typically heralded as a beginning and while, yes, this year’s installment represents a welcome change in federal leadership, Americans would be foolish to assume this beginning implies an end to what came before.

In Sonoma County, 61,825 people voted for Trump, representing more than 20% of citizens who went to the polls. That’s more than 1 in 5, and it doesn’t count those so jaded that they don’t bother to vote at all. (Nationwide, two-thirds of Republicans believe the election was fraudulent.) Those figures feel awfully high for this supposedly deep-blue Bay Area, but as it turns out, the ignorant, the racist and the confused do walk among us.

President Biden and Vice President Harris have their work cut out for them, jumpstarting the vaccine rollout and the economy, reuniting hundreds of immigrant children with their parents, and course-correcting four years of depraved and misguided federal policy.

We have work to do, too. Those of us who didn’t vote for Trump must do what Timothy Snyder instructs in his book “On Tyranny.” We must learn from the experience of “the Europeans who saw democracy yield to fascism, Nazism or communism in the 20th century.” We must get serious about what happened Jan. 6 — and in the 76 years since V-Day — because the gross, jingoistic Make America Great Again movement did not see its end with Trump’s loss.

He said so himself in his farewell address, during a fleeting moment of honest insight after five-and-a-half-years of distortion and lies. “Now, as I prepare to hand power over to a new administration at noon on Wednesday,” he said, “I want you to know that the movement we started is only just beginning.”

And he will remain correct, unless we assert ourselves with small actions, everyday, to re-entrench our country on the righteous path toward diversity, equality and equity. So while Trump fans continue to careen around Petaluma with their big blue flags, while Reps. Devin Nunes and Kevin McCarthy walk to work under the Capitol Rotunda on behalf of California, we must do the following:

Forget the “don’t talk politics” lesson. This outmoded advice only serves to keep an oppressor comfortable, and the status quo will not do. Instead, we must be willing to wade into political discussion, equipped with facts, poise and aplomb. Those of us with privilege must be willing to stick our necks out to Trump supporters in an attempt to bring them back to reality, no matter how far they’ve strayed. We need to hold the line firmly in reality and call them in — not out. But we must also talk politics with family and friends with whom we agree, to buoy our spirits and give us a sense of solidarity as we get comfortable being uncomfortable.

Start paying for your news. The more staff a newsroom can support, the more researchers, reporters, fact checkers, editors and interns there will be to ensure more voices are amplified and their messages are both supported and properly counterpointed. We need dedicated, professional journalists hewn to a proper code of ethics as much now as we did during our independence. It might not be affordable for you to subscribe to national outlets, but it’s actually more important you support your local paper anyway. And seek out reliable local freelancers, follow them on Twitter or Instagram and give to them directly when they ask. If you aren’t paying for your news, you’re part of the problem.

Vote in the March 2 special election, and every other election in which you’re eligible. Sure, the federal government is a mighty force, but state and local policies and politicians touch our lives deeply and send messages both literal and figurative up the chain. In last November’s election, California failed to pass affirmative action. On March 2, Sonoma County residents will vote on both a property tax and hotel- and rental-stay tax to raise funds for West County high schools and the emergency medical services West County fire departments provide river visitors. Raising your voice on these measures sends the message that we are willing to shell out for social services to improve the quality of life for our neighbors. It’s a message we should want federal pollsters to hear loud and clear.

Of course we exhaled today when Biden took the oath, but we must remember: January 20 is not the end, it is only the beginning.