Opinion: Trump will concede the election — if results are fair 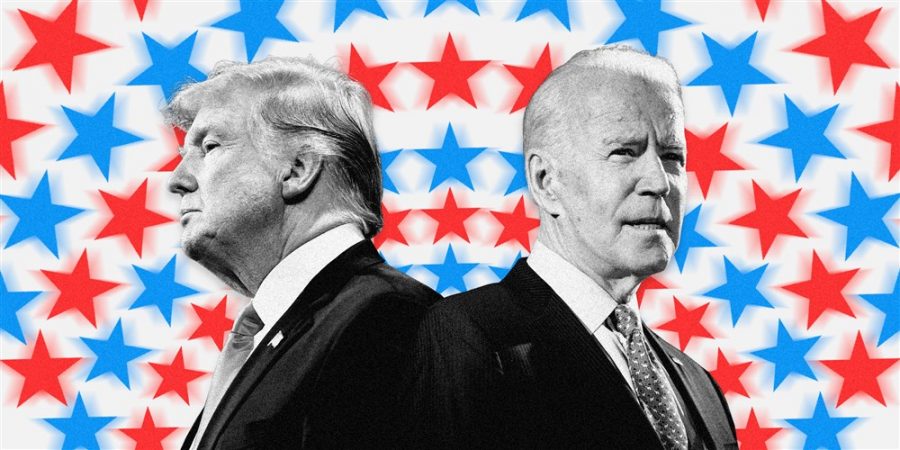 With election results yet to be finalized, Trump fights for a fair and honest election.

Concern over Trump exercising his presidential authority was a common talking point among the political left, where many believed he wouldn’t concede to a peaceful transfer of power if he were to lose the election. Now, Americans are watching as election results remain unclear and highly criticized. The claim that Trump would not peacefully give up his presidential seat arose from a response he gave at a press briefing on Sept. 23, and it was only the start of a season that has Americans highly questioning election integrity.

When taking the time to watch actual footage of the president’s response at the White House that day, I realized that the “not conceding to a peaceful transfer of power” was taken out of context. Trump was merely trying to avoid stating he would lose, on top of strong concerns that the election be honest. The reporter asked, “Will you commit here today for a peaceful transferral of power after the election?”

Trump responded, “Well we’re going to have to see what happens. I have been complaining very strongly about the ballots, and the ballots are a disaster,” he said.

Immediately after the press briefing, multiple headlines aired claiming Trump will refuse to concede if he loses the election. The president wants to ensure that this unique election is decided legally, win or lose.

At an Oct. 17 Trump rally in Muskegon, Michigan, the president recalled the exchange, firmly adding, “Really? Well, when I won, you spied on my campaign. We caught you trying to overthrow the president of the United States.”

Trump was referring to his failed impeachment trial for alleged abuse of power and obstruction of justice. The troubles his administration faced from Democrats gives him enough reason to be especially concerned about this election. Trump continued, “To me that didn’t exactly look like a friendly transition, would you say?”

Believing that Trump will illegally try to hold onto his power as president is arguably parallel to concerns seen among the political right, where many say the other side will do whatever possible to win the 2020 presidential election.

It is too early to confirm if voter fraud has played a role in this election, but the worry is not entirely unwarranted as voter fraud has happened in the past. As of late, the most high profile case happened in 2018 in North Carolina’s 9th Congressional District.

At the first presidential debate, Trump said, “It’s a rigged election.” The president was referencing the strong push for absentee voting as a response to the pandemic. The left argues that voter fraud is rare or non-existent and the country has not seen evidence of mass voter fraud conspiracy, however the Trump administration is involved in multiple litigations, suing states like Pennsylvania and Nevada, over new voting rules that extend ballot counting cycles and other illegal voting practices; such as denying poll watchers from entering polling places.

We have never had an election with such massive numbers of absentee voters, and so it is fair to think that issues will arise that question the validity of this election. I predict we will most likely see the results contested in court for some time. Whether the losing candidate is Trump or Biden, either party will find enough reason to be infuriated.

The Heritage Foundation identified 1,298 cases of voter fraud pre-election day, including nearly 1,121 convictions on the issues. Commentary on some of these cases and the scope of their reach are outlined here. We may hear larger numbers of voter fraud being reported in the next several days.

To those who may not think these numbers are very high, remember that these ballots are essential in an electoral college system. A mere 26,000 votes from Pennsylvania’s working-class Luzerne County handed Trump his 2016 victory.

In 2016, Trump won Michigan by 10,704 votes. In the August primary, 10,694 absentee ballots were rejected in Michigan for a variety of reasons, such as voters forgetting to sign their ballots, having moved to a new address or having died. Nothing rules out the possibility that the same thing could happen again this election.

It is possible that this election will have to be taken up by the Supreme Court to declare a winner. The Supreme Court hasn’t had to make a presidential decision since Bush v. Gore in the 2000 election. It may be the case that, after much deliberation and interpretation of the law and constitution, the Supreme Court could rule Trump the winner.

Businesses across the country are prepared for such an outcome, with windows and doors boarded up for likely rioters and looters come a Trump victory.

If the presidency is left up to Pennsylvania we may not know the results until Friday, Nov. 6 at the earliest; the deadline for the state to consider ballots that have arrived by mail.

It is important to remember that we have never had final results on Election Day. The huge increase in mail-in voting is likely to delay final results, but this does not mean something is necessarily wrong with the electoral system or the results. The 2020 election is already the most litigated election in the last two decades and it may reach the Supreme Court for a final decision. Regardless of how it plays out, Biden or Trump will be sworn in as president on Jan. 20, 2021.