Confessions of a Hippie Survivalist 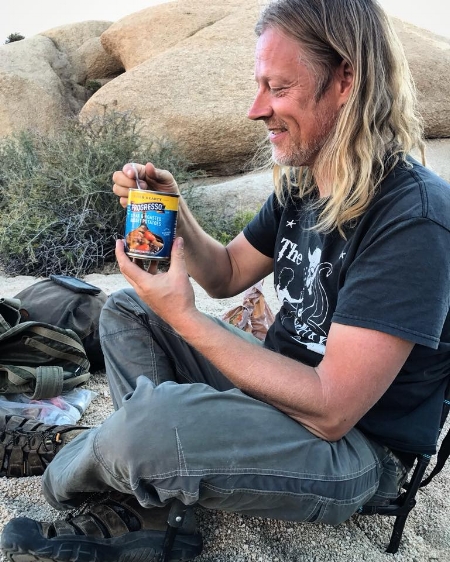 A hippie survivalist "fooding" in its favorite environment.

It’s difficult being a hippie survivalist.

I should know. I have a foot in each camp, but belong to neither.

It’s like this: I go to the shooting range and I meet friendly and capable people, but I’m scared of breaking gun etiquette the entire time (with guns, proper safety must be observed at all times without exception) and, quite frankly, I despise the NRA and almost everything it stands for. Plus, after an hour the smell of the cordite makes me want to vomit. Or, I go to a Peak Oil group and I’m glad to meet other people who are concerned about the future of society, but their “peace at all costs” naivete is not only cringeworthy, it’s lost me friends. It makes no rational sense.

I’ve spent years distilling my thoughts on this subject.

The question that all preppers face is: What further calamities will befall human civilization at this late hour in history, and how should we prepare for them if we want to survive them?

Personally, I’ve decided that while a single catastrophic event could lead to the rapid breakdown of civilization, we are currently on a “slow-slide” trajectory, wherein we as a species are keeping everything together enough to allow industrial society to slowly implode from within and maybe allow some of us to walk out the other side. In this situation a person should prepare, or at least wrap their head around, every crisis eventuality. It’s all going to happen, and we’re going to have to weave-and-dodge to survive it.

Let’s take a look at how the different camps prepare for crisis.

Hippies are a heart-based, utopian, experimentalist lot. They believe in community and organic gardening. They espouse alternative medicine. They are spiritual and revere the Earth. They believe in the power of peaceful communication—in fact they believe that peace is worth striving for and is the best endpoint. They believe in equality, simplicity and reliance on the natural world. They are environmentalists.

The hippie ideal is a peaceful, egalitarian eco-village filled with people who produce what is needed with earth-based skills. Forever after.

On the down side, they can take peace and love too far. By all means, pursue nonviolent communication in all forms. But sometimes violence must be met with violence—it’s simply required for survival in the real world.

They can take spirituality too far. There’s nothing wrong with crystals and Hindu-deity worship as far as I’m concerned, but KEEP IT REAL, people. By which I mean, switch up the crystals-and-prayer to vaccines when required. Or die.

The greatest hippie weakness is utopian thinking. The world we currently live in doesn’t cater to it. But it’s an ideal worth striving for.

Survivalists, on the other hand, are a paranoid lot. They believe in looking out for themselves and their own and are prepared to work hard to do that. They espouse the ideal of rugged individualism. They take solace in traditional religion, thought and culture. They are not afraid of violence.

The survivalist ideal is a fortified underground bunker replete with enough guns, ammunition, fuel, water and canned food to outlast the virus, the fallout, the looting, the destruction—whatever calamity is taking place overhead. Then, after it’s over, a return to a more conservative lifestyle.

Survivalist limitations include: Little sense of sustainability. An us-against-them attitude. An obsession with guns and ammunition and gold and canned food. A preoccupation with hoarding. Reliance on industrial products and concepts. A Christian perspective.

The greatest survivalist limitation is a lack of belief in the necessity of community.

In a word, survivalism is fundamentalist and hippiedom is utopian.

Somewhere in the middle lies the road to actual survival in this mad world we now inhabit. I’m sure I’ll spend the rest of my life searching for that road—it’s the road I want to travel.