Opinion: Why my 50s are my metal years 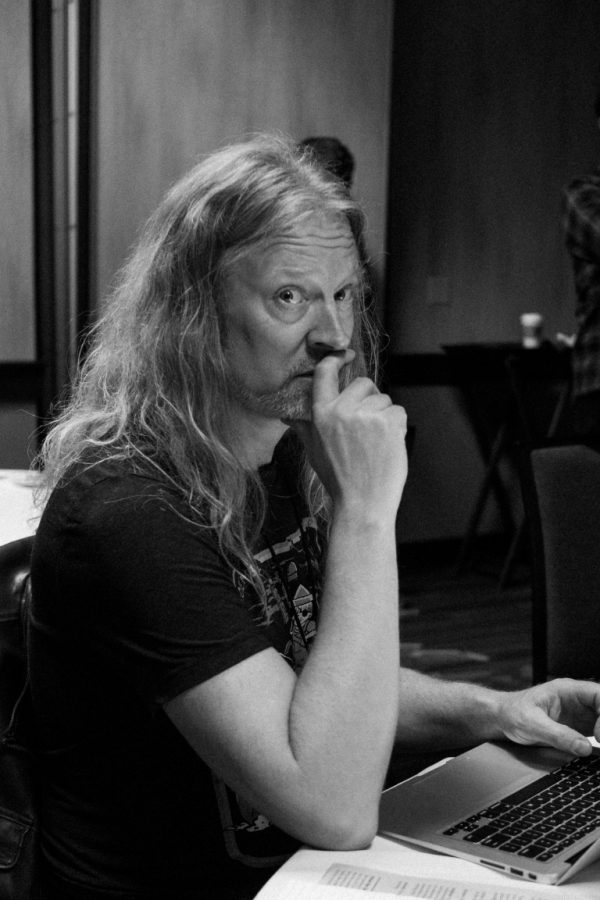 I’m 51. This is my Metal Decade and I have the scars to prove it. They might not all be visible, but I assure you it took everything I’ve ever had for me to make it this far in life.

I’ve been through a lot.

There was the time, not so long ago, when I walked into a wall and hit my head with such force that I shattered three teeth.

There was the time I suffered a nervous exhaustion–induced grand mal seizure that caused me to clench my jaws together with such force that one of my front teeth died and later turned yellow. My friend who witnessed the incident said that if my head hadn’t snapped back when my body went rigid, I’d have bitten my tongue clean off. He tried to jam a pencil between my teeth, to no avail. My jaws ached for hours afterward.

There was the time I tore cartilage in my right knee and underwent old-school, pre-microsurgery for it. No words can describe the pain I felt as I came out of anesthesia.

There was the time I tore cartilage in my left knee. Why bother describing it?

There was the time I told my father I loved him as he was wheeled into emergency surgery for what proved to be a triple bypass and a heart-valve replacement—both of us knowing there was little chance he’d survive the operation. His last words before the doors swung shut behind him: “Well, if something happens during the operation, I’ll never know.”

There was the time I looked into my father’s eyes as he came out of anesthesia after undergoing a triple bypass and heart-valve replacement. I’ve never seen such distance in a person’s eyes; I watched him return from the land of the dead. And I can tell you, death is made of blue ice.

There was the time I watched my father survive colon cancer, only to lose his mind to dementia over a period of several years. Now, at age 90, he’s the tiniest little man I’ve ever seen. He can’t speak and he doesn’t recognize anyone around him, but he still walks. Willpower alone keeps him going. It’s inconceivable to me that he’s still alive.

But perhaps it’s the silent injuries I’ve sustained that have done the most lasting damage. The almost-unbearable anxiety that turned my first 30 years into one long, unending nightmare. The romantic heartbreaks I can’t describe to strangers—the ones that tore me up so deeply that surviving each one was an honest-to-God, how-the-f*ck-am-I-going-to-manage-to-survive-this struggle. The daily humiliations I choose to keep to myself. The failed relationships with family and one-time friends that still cause me to burst into tears in the shower. Living with the choices I’ve made—the good, the bad and the other.

For those of you who are very young or very old, the term “metal” derives from a type of rock music “characterized by its cacophonous wall of sound”, according to Urban Dictionary. But metal is more than just a type of thunderous, pounding rock music: it’s a state of being and a state of mind. Metal is an attitude, a way of looking at the world, a way of life.

To say something is metal is to say it’s cool. Urban Dictionary explains the phrase “metal as hell” as implying something is “so hardcore that it can only be compared to metal (the music that is).” My personal favorite: “metal as f*ck,” shortened to “metal AF.”

Anything can be metal, if it’s hardcore enough, cool enough. Mickey Rourke and Gregg Allman, for instance. Have you seen their faces lately? You can’t get that old and tore up and not be metal. Vikings are metal. The band Tool is metal. The Hindu goddess Kali is metal AF. Tony Montana, aka Scarface, is metal. My cat is metal. My dead front tooth is metal. My three shattered teeth are metal. My dad is metal.

My 50s are metal because I’m all used up, and I still keep walking.

The bottom line is, when you turn 50, you realize you are who you are and you’re going to die one day and nothing can change those truths. So, you embrace your metal and hold it close even as you cry for the mother you never knew, for the fully-functional body you once had and for the dreams of perfection you once entertained; knowing nothing can stop the inexorable waltz of time and damage.

I used to believe I’d magically fix myself physically and emotionally by age 50, that bandages were cheating, that real healing was a mysterious, magical process that left one as pristine as they were before injury occurred. Looking back, I can’t imagine what caused me to engage in such fantasy. Youthful naivete, I presume. A lack of metal.

Now I realize that with the passage of time comes damage that can’t be undone. That bandages are, in effect, repair. That repair is what keeps us alive.

All repairs are cheats, but so is surgery, and no one seems too condemning about surgery, do they? It hurts, but it’s also one of the most revered American institutions. So, at age 51, I’ve accepted bandages. I’m broken, we’re all broken—the only way forward is with bandages. Bandages and casts and surgery and repaired teeth. And metal. Lots of metal.

You want to know who’s metal? Mad Max is metal. He’s broken, he’s hyper-traumatized—and he keeps on keeping on. He can barely talk, but it doesn’t matter. His eyes are haunted by memories he can’t un-live, but it doesn’t matter. He makes the most of all he’s got left, driving his battered hot rod down the last, crumbling roads at 90 mph because it’s all or nothing and there’s nothing left to ponder in the wasteland, nothing left to lose at the end of the world.

Take it from this long-haired, 51-year-old, 6-foot-3-inch, Tool-worshipping Viking: My 50s are my metal years. Because I’ve been through a lot, and it banged me up. Because, in the words of Tony Montana in the movie Scarface, “There’s nothing you can do to me that Castro hasn’t already done.” And, because, in the sadder, more plaintive words of post-grunge band Seven Mary Three: “Life has become … cumbersome.”

Because today and every day I grip my precious, precious metal, smile to myself and say, “What a day! What a lovely day!” and trudge into my bright and stormy future.