Top 10 cigarettes I smoked in Europe 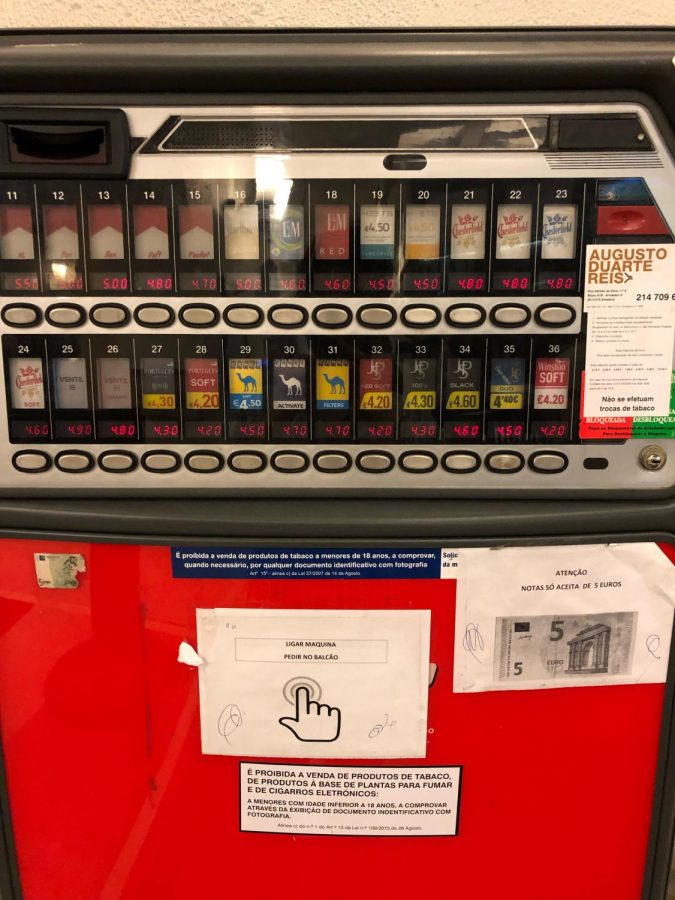 WARNING: THIS ARTICLE CONTAINS CHEMICALS KNOWN TO THE STATE OF CALIFORNIA TO CAUSE CANCER OR BIRTH DEFECTS OR OTHER REPRODUCTIVE HARM.

Let’s be honest. Europeans smoke a lot of cigarettes.

I smoked more cigarettes in Europe than I thought a human could possibly smoke. When I first flew across the Atlantic, I watched people suck down coffee and cigs for hours in the morning without eating a single thing. It boggled my mind. I could not comprehend how someone could sit there and smoke away on an empty stomach.

Needless to say, I soon found out.

And now that I’ve returned to the land of health craze and unhappy glaze — the good ole U.S. of A — I want to take this moment to share some hard-earned wisdom and my favorite packs.

Many Americans wonder how Europeans can drink and smoke, night and day, and still be healthy.

It’s called walking. They do it every day.

So with that said, here are my picks for Top 10 packs:

These have to be one of the harshest frackin’ cigarettes with a filter I’ve ever had the displeasure to find on God’s Green Earth. I don’t mean to be cliché, but they taste like an ashtray.

They’re the same price as Chesterfield Reds. So, if you’re feeling nostalgic, do yourself a favor and stay red on this one.

I bought these from an Italian cigarette machine and had already gone through the hassle of bumming someone’s health card. Yes, you need a Ministry of Health card to use the cigarette machines in Italy. Yes, the machines are 24/7. And yes — as I know you’re wondering — they sell lighters, too.

Português-brand cigarettes are a native favorite of Portugal. Some of the varieties are quite good. Others were born menthol crushes or suaves and were never meant for love in this world.

Not too harsh, not too soft; a cigarette can be smooth, but it needs to get the job done.

As for Português Suave’s, there’s a time and a place for a light smoke, but Europe isn’t it.

Here’s a pack of smokes with a face only a mother could love.

Mommy’s little helpers come in many forms, but thanks to the good people over at Marlboro, she finally has a cigarette she can really sink her teeth into.

Finally, there’s an alternative to grinding her jaw and using every fiber of her being to keep herself from hitting the kids. Pairs well with red or white wine.

Winstons get a bad rap. They may be a bit on the lighter side, but to be honest, they’re cheap and they do the job. This is a more forgiving cigarette, perfect for nights of wild drinking, or long lingers in the cafe. Will people look at you like you’re poor? Probably.

But the better question is, after a long drag off a Winston, would you care?

Lucky Strikes are a doggone American tradition. Your forefathers smoked these babies with a ration of Hershey’s, while fightin’ Nazis in the European theatre.

In the ‘20s Lucky Strikes became a symbol of female liberation. The company encouraged young women to light up their “Torches of Freedom.” Cigarettes were a symbol of women’s aspirations for equality and a better life.

If these beauties were filterless like they are in the states, Lucky Strikes would be my favorite European endeavor. Unfortunately, just as it is near impossible to find filtered Luckys in America, Europe finds itself cataclysmically devoid of classic Lucky Strikes.

The filter proves to be absolutely ruinous to this treasured brand, giving it a metallic, industrial tinge sure to turn off all classic connoisseurs.

Camel is one of the most common cigarette brands found in Europe. In the tobacco world, Camels are like vanilla ice cream: inoffensive to all and smoked by die-hard fans.

These stogies are smooth and easy to smoke. Perfect for people who still have time to quit!

Favorites in the hostel scene, you’ll find many a tourist or transient worker tokin’ up on this smoke.

Just like the rest of the known world and the International Space Station, “Marb Reds” are a European favorite.

These classic cowboy killers are a favorite of dads and dedicated smokers everywhere. The cancer of the working man, Marb Reds are here to get you through your day.

While sometimes labelled as harsh and trashy, Marb Reds do not believe in labels.

Marb Reds love you just the way you are.

I’m not going to lie: Chesters are a favorite of mine. I walked 20 miles on the side of an Italian highway with only my Camelbak and Chesterfields to keep me company.

We became quite attached.

A lot of people may fervently disagree with my choice of Chesterfields in the Top 3. Many people might respond, “You ACTUALLY like Chesterfield Reds?”

They’re strong and they last long. But not too long.

Perfect for people want to light up and SMOKE.

These were a trip down memory lane and a Swiss country road. A limited release by Phillip Morris in Switzerland, Chesterfield Originals are an inspiration.

It’s Chesterfield at its classic conception, the way God intended.

A cigarette for writers, artists and desperate thinkers; Chesterfield OGs are here to help you reach your muse with a few puffs and a bottle of wine.

What better way to take in the breathtaking, live-for-now beauty of the Swiss Alps than to take your breath away with the kind of hard-hitting stogie your mother warned you about?

These were the last cigarettes, the last melon.

Europe saved the best for last.

Very similar to Winstons but far superior, and clocking in at a price of €2.80 ($3.09) a pack, Português Reds are an easy, versatile smoke.

Soft as cotton, Português Reds are still a smack to the face. They hit you in all the right places and leave you wanting more — many, many more; so many more that you’ll forget you smoked more.

These are good cigarettes for the real fiends among us who like the oral fix of smoking cigs on cigs on cigs.

I myself smoked a pack all to myself inside Charles De Gaulle Airport.

Yes, that’s right, INSIDE the airport. Those smokes sailed me through a 17-hour layover.

The French know you need a little somethin’ to get you through your day.

LIFE IS ALL ABOUT CHOICES

It turned out to be a very culturally educational trip.

The lifespan of my lungs is now measured in smoke rings.

I don’t regret a thing!

Life is all about choices; sometimes those choices become habits.

Did you want to live forever?