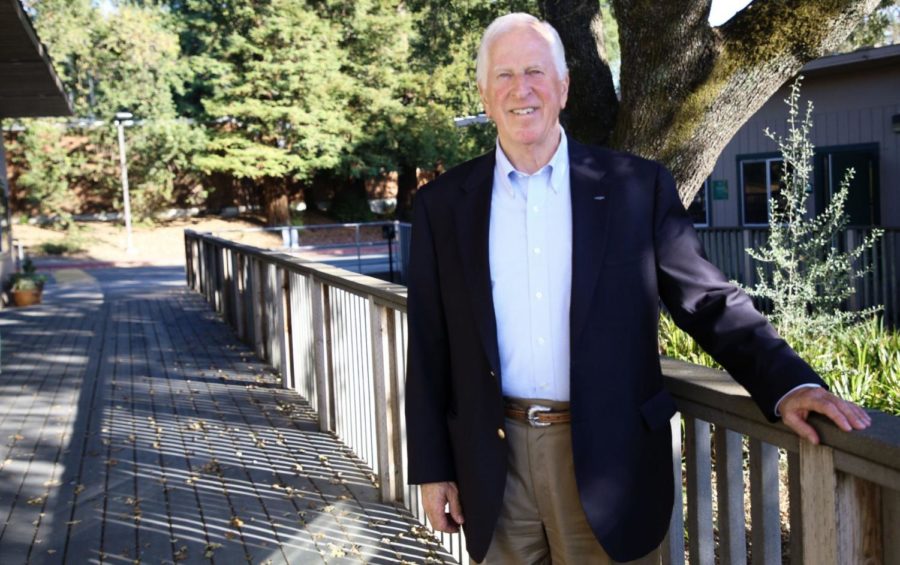 U.S. Rep. Mike Thompson’s native understanding of California’s 5th Congressional District and his broad institutional knowledge of Washington position him to best represent Santa Rosa Junior College students and their interests in the House, which is why the Oak Leaf recommends you cast your vote for him Nov. 6.

Looking to his past experience with Pell Grant expansion — and anticipating a Democratic swing in the House — Thompson hopes to both increase financial aid to students and prohibit non-accredited colleges and universities from preying on prospective students.

“We need to expand the grant system,” he said. “We need to make sure these for-profit entities that really benefit — in a near predatory fashion — are curtailed.”

“If you come out with a bigger debt, it’s harder for you to spend money,” Thompson said. “You put off purchase of a home, of a car, of a new refrigerator, that’s all money that multiplies through the community and creates the jobs we rely on.”

His concern for our community’s health is also visible in his position on immigration.

“Five-thousand [Deferred Action for Childhood Arrivals] recipients are teachers in our schools today,” Thompson said, stressing the state already faces a 7,000-person teacher shortage. “If this guy in the White House got his way and was able to repeal DACA, just for starters — in California — we’d lose 5,000 teachers and almost 5,000 classified employees.”

“DACA recipients are as American as any one of us in this room,” he said. “They are people who came here as kids. They went to school, they played sports, they went to church, they work with us, with our kids. They’re contributors, and they’re amazing individuals.”

While Thompson’s position on Roe vs. Wade hasn’t wavered since he took public office, his opinion on whether the decision remains safe shifted after he observed Brett Kavanaugh’s “angry” and “vindictive” performance during his Senate confirmation hearings.

“Going into [the hearings] my thought was that it was at risk of being knocked down to a state issue,” he said. “But with what I saw from that dais when he was being questioned, I’ve changed my mind. I feel Roe vs. Wade is in more danger than I really thought it was.”

For those in the campus community who share Thompson’s concern, rest assured the state — and Thompson — will defend the decision.

“I don’t think you’re going to see states like California and New York roll over,” he said. “There will be challenges, but we’ll try to address it legislatively.”

There is a litany of other issues Thompson puts at the top of his very long list of concerns, all of which he wishes Congress would tackle in a meaningful way.

And for voters who may not feel strongly about all of these issues, Thompson offers a stark reminder.

“If there was ever an election that was a referendum on a president, it’s this one.”