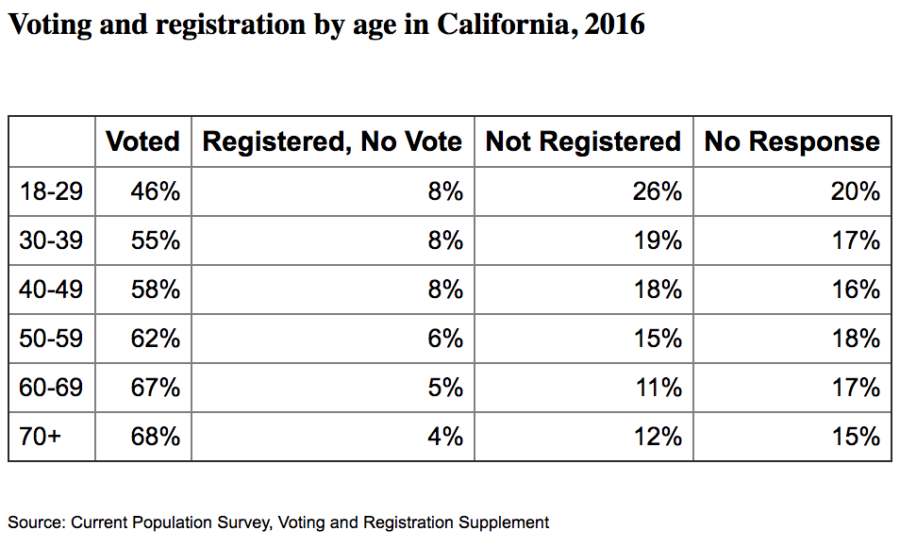 Student Government Assembly (SGA) member Sean Young puts it plainly, “Voter apathy is not an option. We know what’s been happening in this country for the past two years or even further. Whatever side of politics you’re on, a lot of people are upset.”

Young’s role as the SGA’s executive vice president of legislation calls him to increase students’ awareness of the issues affecting their lives—both on- and off-campus. He sees the upcoming November election as pivotal for Santa Rosa Junior College students.

In an effort to empower SRJC students “to make their voices heard” this November, Young will encourage on-campus voter registration in the weeks leading up to the election’s Oct. 22 registration deadline. Next month SRJC students who want to vote in the Nov. 6 election can register in Bertolini Student Center via paper application or, later in the month, via electronic submission.

Despite the direct effect politics have on young adults, more than a quarter chose to sit out the electoral process in 2016. According to the United States Census Bureau, 26 percent of 18-29 year old Californians were not registered to vote in the 2016 election and of those young adults who did register, 8 percent didn’t show up to the polls.

It is unknown why so many didn’t participate in 2016’s elections, but Young had thoughts for those who might avoid the the polls purposefully this year.

The November ballot includes elections for the SRJC board of trustees, the group that governs the college’s policy measures and convenes committees on topics such as parking and transportation, scholarships and study abroad programs.

At the state level, the ballot will feature 11 propositions, which are state legislative initiatives that become law if Californian voters approve them — This fall, voters will decide on on a range of issues including local government’s role in regulating rent.