Sonoma County drivers have me flipping a bitch 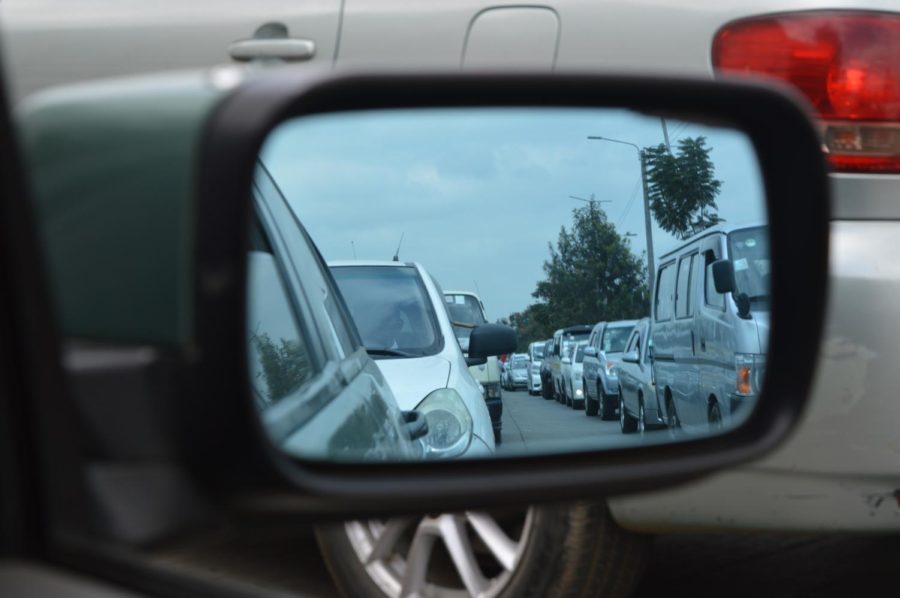 Bad driving. Tailgating. Middle fingers. All can be found on any city road. However, Sonoma County drivers take it to the extreme.

Driving in the area’s hazardous traffic, brought on by mindless and careless drivers, requires you to prioritize driving defensively and cautiously.

There are two kinds of drivers in our area. The first, and less dangerous of the two, are people who drive with no purpose.

These drivers are ones who take their time and have their heads lost in the clouds instead of focusing on the roads. Let’s call them “daydreamers.”

“Daydreamers” are distracted and dangerous drivers. Using a cellphone, smoking, applying makeup, sightseeing, eating or even conversing with a passenger can be fatal mistakes.

Anytime eyes are averted and hands are occupied makes the unpredictable nature of roads a much more chaotic place for distracted drivers and the cautious ones around them.

While there’s nothing wrong with taking in the sights of the recently burned street corners scattered across Santa Rosa, this creates unnecessary backups in what should be steady flowing traffic.

Another mistake daydreamer drivers commit is driving below marked speed limits. As anyone caught behind someone going 30 mph in a 40 can testify, this can be incredibly annoying and can easily lead to tailgating or even road rage.

This also adds to the strain of driving in an already busy area, especially during peak traffic times. And in some circumstances, driving too slow can be just as hazardous as driving too fast.

Although rain frequents Sonoma County in the fall and winter months, drivers never seem to adapt to the change in road conditions. As soon as the roads are wet it seems like everyone just forgets how to drive.

Even in the lightest of rain, some still stubbornly place themselves 5 or 10 mph below the limit.

If you’re a “daydreamer,” please reevaluate your ability to drive correctly and coherently. Consider the lives on the road around you and drive with a purpose.

The second kind of drivers are on the polar opposite of the spectrum. These are the people who are in too much of a rush to get where they’re going. Often these drivers go above speed limits and weave throughout traffic to bypass slower motorists. Let’s call them “racers.”

“Racers” create dangerous conditions, and are intensified when they’re on a road with several “daydreamers.”

Tailgating is another bothersome act some of these drivers perpetrate. Riding someone’s bumper won’t make one go faster, especially when already driving the speed limit.

Combining fast and reckless with slow and mindless driving will result in accidents.

Road rage can be the outcome of fed up drivers.

While we all get the urge to wave a boney finger at the idiot who just cut you off, driving with aggression won’t solve any issues, instead it will only create more.

If you’re a “racer,” then you should plan outings ahead of time to avoid rushing to your destination. Don’t concern yourself with scolding other drivers either.

These two types of Sonoma County drivers cause numerous issues on the road because there is no standard driving courtesy when it comes to road etiquette such as indications and repairs.

Many drivers fail to use blinkers for the most basic driving acts. There’s even a law requiring California drivers to signal 100 feet before turning, but most don’t. Signaling when turning or switching lanes is vital to road safety.

Failing to signal can lead to fender benders and unneeded headaches.

Those who avoid fix-it tickets for broken head or tail lights and other various maintenance issues, like smog and busted mirrors, somehow coast under the radar in a county so heavily policed by law enforcement.

Avoiding car repairs endangers yourself and those around you. So do your due diligence.

More drivers should steer clear of entering intersections when the road ahead is backed up, because when they do and the light turns red they end up blocking the street for perpendicular traffic.

Even though it’s ridiculous some can’t use a crosswalk, always remember pedestrians have the right of way.

Just think of how you feel about motorists when you’re traversing the town. Ever get the urge to slam your hands on the hood of a car that’s blocked the crosswalk and say, “Hey, I’m walking here!”

Share the road with bicyclists and motorcyclists. Be vigilant and never forget to save space on the edge of the road. Be mindful of the smaller vehicles and their riders, motorcyclists are able to split lanes so don’t forget to check your mirrors.

Another fatal and irresponsible mistake any driver can make is driving while under the influence. While you may know your limits and how to conduct yourself while intoxicated, you never know how things will pan out.

Don’t rely on your altered self to get you home safely.

Even driving after smoking marijuana can lead to a detrimental outcome, and because there aren’t any definitive road tests for this kind of inebriation, it’s up to drivers to know when to hang up the keys before departure.

Driving is a privilege we should take seriously. We owe it to each other to consider the lives around us, and pay attention to how we may affect or alter them.