Marvel’s ‘blackbuster’ is off the hook 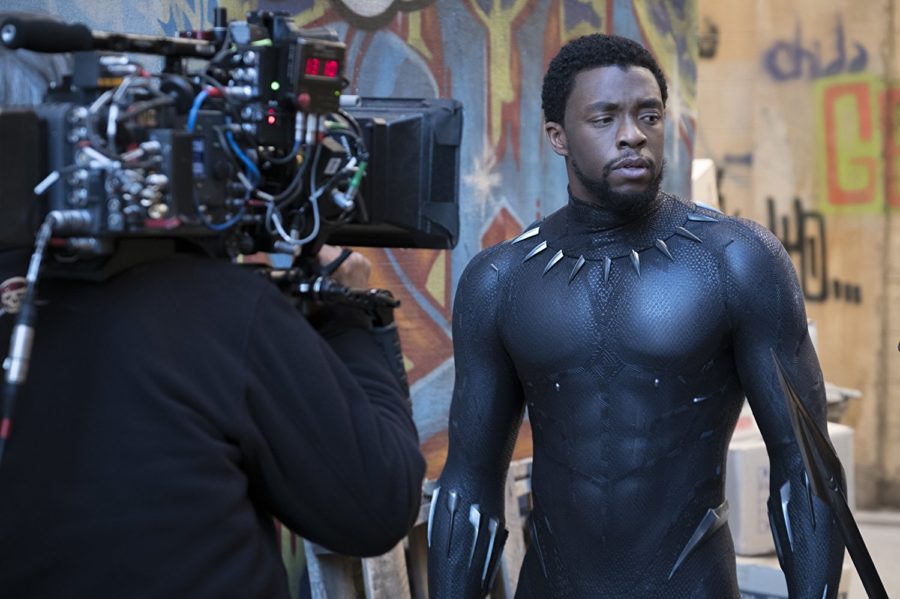 Chadwick Boseman in the "Black Panther."

It will come as no surprise to me if every African-American in this country goes to see Marvel’s new “Blackbuster” film, “The Black Panther,” which has a nearly complete black cast.

That’s if they haven’t seen it already.

Virtually all my friends, black and white, have invited me to go see it. Little do most of them know I’ve already seen it, three times.

I really didn’t know what to expect of “The Black Panther,” although I knew it was going to be an action-packed, sci-fi flick. Not always my proverbial cup of tea.

Nevertheless, it’s a cup of tea breaking box office records nationwide. When I was invited to see this movie, I had a sneaky suspicion it would be off the hook.

I’m not a fan of the sci-fi genre, yet the futuristic tone was incredible, given my broadcasting, filmmaking and media background.

As a filmmaker, I was more than impressed with the special effects. Scenes with characters leaping through the air, paired with an impressively well-written soundtrack, had the audience gasping and applauding.

There were more than a handful of phenomenal and outstanding performances by Chadwick Boseman, Daniel Kaluuya, Lupita Nyong’o, Michael B. Jordan, Letitia Wright along with masters of the movie and theatre craft including Angela Bassett and Forest Whitaker.

The first time, I attended with more than 200 people, including a huge majority from the SRJC Black Student Union accompanied by their friends and family. It was also the night of the grand North Bay opening at the Roxy theatre in downtown Santa Rosa. The house was packed.

Yet, there was a hiccup. There were technical difficulties for nearly 20 minutes in the beginning. Audience members began moaning and groaning their displeasure.

The theater manager promptly addressed the crowd, personally apologized to the attendees and offered everyone a free pass to see a movie.

A slight incident that was completely unexpected for me was when a young white woman sitting directly in front of me got into a little verbal scuffle with a young black girl from Santa Rosa Junior College who was sitting in front of her. The white woman was speaking in a loud voice stating that all white people are not racist, in response to a comment made by the black group about the lack of black vs white films.

I stood up and got both of them to step out into the aisle. I stated that we were all were here to watch a movie and have a good time, suggesting they give each other a hug and let’s all enjoy the film. They shook hands and hugged, and we were all reduced to tears.

The experience reminded me of another “blackbuster” movie from the 70s, “SHAFT,” starring Richard Roundtree. I remember how impactful of a cultural moment the film was, being one of the first major movies showing the Black urban experience in America. African-Americans packed cinemas across the country to see the movie.

The director and a majority of the crew in “Black Panther” are either African-American or people of color working in the industry, which is not common in the world of filmmaking in the United States. This is just one film that makes up the unique experiences brought by the filmmakers.

The bottom line is this is a rare cultural moment and a must-see movie for all audiences.