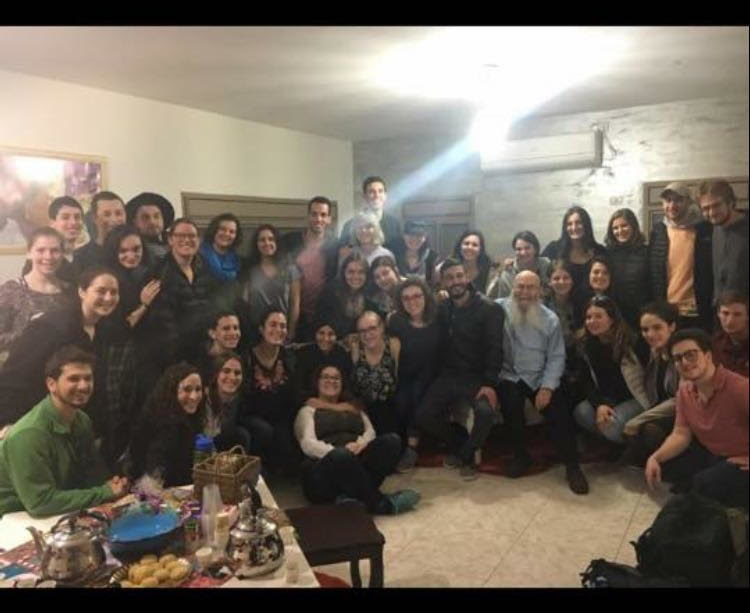 Carmila has overcome hardships and stigma to open a restaurant in her neighborhood. Photo by Gabriel Guptill.

During last year’s winter break I went on a mind-bending trip to Israel to discover perspectives of life. One of the many places I visited was an Arab village about 45 minutes outside of Jerusalem.

The group of American-Jewish students I was traveling with were invited to lunch in a local home-kitchen operated by a Muslim woman. After a hot meal, she told us of her journey from excommunication to redemption.

Our host, Carmila, lived in Deir Al-Asad for many years with her family. They lived peacefully.

She dreamed of running her own restaurant out of her home. She worked exceptionally hard for years to achieve this by obtaining permits, saving money and most importantly, overcoming the cultural expectation that women take care of the family and do not run businesses.

After many years of hard work she finally had a restaurant that she was proud of, serving her home community with joy.

But an unfortunate circumstance came upon her. One day she received notice from a community member she had long been friends with, that she had to leave the village.

The night before, somewhere in the village, a violent outbreak occurred. Someone was killed and Carmila’s nephew was identified as the primary suspect.

In Arab culture, if a violent crime is committed by an individual, it is commonplace for the extended family of this individual to be exiled from the village.

When Carmila approached her family and asked them what had happened, she learned of this terrible news.

The same community she had lived in for years, opened her home to and worked all her life for, was now telling her that she must leave.

Carmila did not give in so easily. She fought for more than two years to stay in her home and to keep her doors open to anyone who was hungry. But it was not enough.

She was eventually forced out of her home and made to live in a new village away from the community she had grown to call home.

However, even after her two year struggle, Carmila was determined to return. She spoke with members of local government, leaders of her home community and reached out to many of the loyal customers she had so graciously brought into her home to feed over the years.

After five years of living elsewhere, Carmila finally was allowed back into her village.

She re-established her home restaurant and once again became a beloved member of her community. She now cooks traditional Arabic food, while complying with Jewish Halal standards, never asking a customer what they believe or where they came from.

Today the the doors of her restaurant are open to any and all who are in need of a delicious and affordable meal.

In an area shrouded in fear, anger and dispute, Carmila found a way through her pain and hardship to emerge as a beacon of hope for understanding and love.

She’s a role model for women who want to manifest their dreams and reject the restrictive status quo. She had as much reason as anyone to turn away from her community, to grow bitter and harsh, but instead she used her pain as propellant, pushing herself to become a more compassionate person.