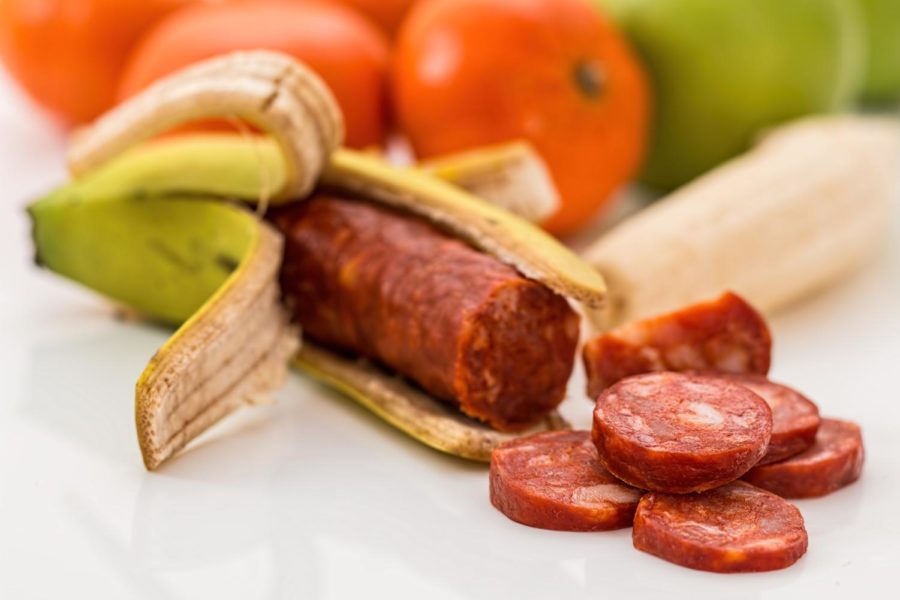 The vegan diet is similar to a vegetarian diet, but excludes dairy products and any animal by-product. Veganism has been marked as the animal-friendly diet, as it’s made up of plant-based products. The vegan diet can help cut fat intake and may help avoid some types of cancers.

As someone who can eat anything, I have a diverse diet and don’t agree with most vegan ideas. I don’t understand when vegans force their diet and views onto others.

The vegan lifestyle has a few issues. There is a lack of understanding of food insecurity in our country.

This is because vegans are focused on how the lifestyle makes them look. They lack any kind of food educacion other than one-sided pamphlets and social media posts that push their agenda.

The first problem is vegans claim that veganism is the most “spiritual” of diets.

From Islamic bans on alcohol and Jewish kosher laws to the Hindu sacred cow, there are plenty of religions and ideologies that offer spiritual and sacred food consumption practices.

I once heard someone say, “Religion is like your genitalia. It’s OK to have one; it’s OK to be proud of what you have; it’s OK to want to talk about it; just don’t whip it out in public and furiously wave it in others faces without their consent.”

It’s needless to say this should apply to your holier-than-thou vegan diet, and if your counter is, “Well, how can I prove I’m more moral than everyone around me without shoving down their throats?” Congrats you’re not as moral as you’d like to believe.

Hard-held beliefs don’t automatically make you the good guy—it’s what you do with them.

I’m talking to you, PETA. Yes I know, not every vegan loves PETA and not all PETA supporters are vegan. Some throw paint on people, protest in the buff and only offer to give Ferguson fresh water provided the whole town became vegan.

The organization ran questionable ads like “Got autism?” which claimed milk to a supposed cause for autism.

The FBI even found that they’ve supported animal rights terrorism.

One PETA representative, Bruce Friedrich, the former director of vegan campaigns, was quoted saying, “Blowing stuff up and smashing windows, I think it’s a great way to bring about animal liberation.”

A 16-year-old Yupik Native American received death threats after killing a whale as part of a rite of passage ritual.

The people who threatened him probably didn’t know or care that he lives on an island out in the middle of the Alaskan sea, and that the whale was at least put to good use as a year’s supply of food.

The last major problem vegans suffer from is the lack of awareness of where their food comes from.

We live in one of the biggest agricultural states in the U.S. This brings consumers closer to how food production occurs. Different states have their own challenges when it comes to food.

I know Alaska is an extreme example, but other parts of the U.S. still have trouble with fresh food. Either distance from the farm states, or where convenience stores are more available than grocery stores.

Sure, some of them could start vegan gardens and greenhouses, but it’s harder and more costly depending on the quality of the soil and local weather.

If you’re still convinced that everyone should go vegan as the key to ending hunger consider this.

We are the third biggest country in the world and only 48% of our land is farmable. It’s been dropping due to soil erosion, climate change and over farming of any given area.

With new farming techniques and GMOs, we are delaying this, but not enough to have vegetables as our sole food source.

Relying on veggies is foolish if blight strikes. Cattle farming has its impacts on the ecosystem, and corporate farming may not be perfectly regulated, but the U.S. has to feed everyone somehow and an old fashioned Mom and Pop farm can’t cut it anymore.

Heck, in the next 20 or so years we may finally get cloned meat or bug farming to replace the ranges and slaughterhouses but until then we can’t completely replace everything with organic farms. They aren’t equipped to yield what we need to feed everyone.

Go vegan if you want to, can afford to or have the will to, just don’t be force it on others.