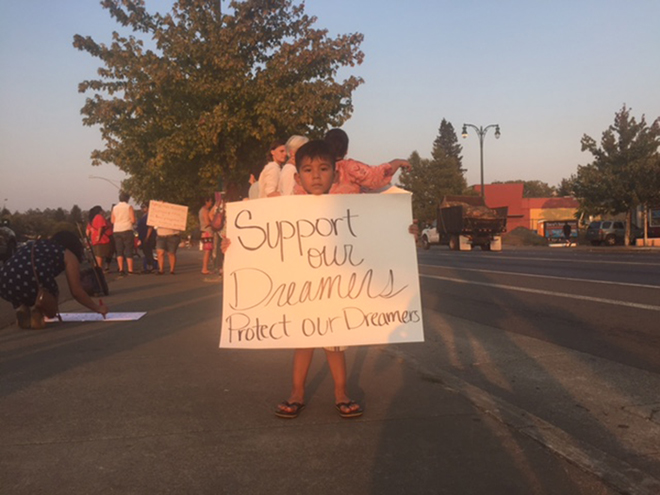 Did you know there are close to 11.3 million undocumented immigrants living in the United States? An estimated 7,000 to 13,000 are enrolled in colleges throughout the U.S.

Whether you believe DACA should continue or not, it’s important to consider what undocumented students are facing and what they bring to the future of the country.

The Deferred Action for Childhood Arrivals (DACA) is a U.S. immigration policy that allowed some people who entered the country as minors, and had either entered or remained in the country illegally, to receive a renewable two-year period of deferred action from deportation and to be eligible for a work permit.

When Donald Trump became president last January,  it sent the country’s undocumented population into a collective panic. With good reason. Trump announced that DACA should end and asked Congress to act on this issue, giving them until March 5, 2018 to do something.

If DACA ends or if Congress doesn’t act, 11.3 million people’s lives will change severely. DACA gives opportunities to undocumented students. It gives them a social security and quells their fears of deportation.

DACA recipients pay taxes, go through background checks and a lengthy application process. They are still being called criminals. DACA students have done nothing to this country except stimulate the economy. A DACA renewal fee costs $495.

If Congress doesn’t act, many individuals will leave: those who had a dream and are now doctors, lawyers, teachers and more. Individuals who work to support themselves and their families and who have hope and passion.

DACA-eligible unlawful immigrants who were brought here as children and grew up here trusted the government with their personal information in exchange for work permits and a reprieve from deportation. They think of themselves as Americans and want to believe the protection they were given won’t suddenly be yanked away.

DACA recipients are culturally and educationally American. They pay their own way, contribute to the economy and don’t live off government handouts.

What are DACA recipients going to do if it ends?