Allegations: why we published 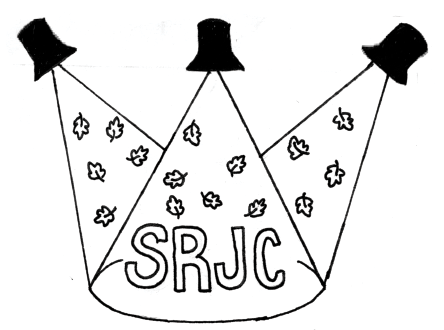 Even Santa Rosa Junior College has not escaped the ongoing cultural reckoning in America. Since the news broke around allegations of sexual misconduct by Harvey Weinstein this fall, women (and men) have been coming forward around the country to name perpetrators of sexual misconduct. In November, a former SRJC student did just that against religious studies instructor and Academic Senate President Eric Thompson.

The Oak Leaf was not the first to scoop this story, but we were the first to break it. After discovering the public Facebook post that accused Thompson of having a sexual relationship with an underage student while he taught at Ursuline High School in the early ‘90s, we published an article about the allegations and Thompson’s subsequent leave of absence from SRJC.

This online article is The Oak Leaf’s most viewed of the semester—with 1,970 total views between Dec. 6-10.

In the current cultural climate, it’s no wonder. This is, in fact, big news. The public wants to know about sexual misconduct allegations against prestigious figures.

We deliberated extensively before—and in the days after—the article’s publication. There was a fervor to break the story, but we did not publish allegations we knew would tarnish a human being’s reputation lightly. Thompson is a highly acclaimed faculty member who has won many awards for his contributions to SRJC, including the Tauzer Lectureship in 2011.

The accuser posted the allegations in a public Facebook post nearly a month prior to our discovery of it. Typically news organizations wait for a victim to file a police report or come forward in some other official way to report an assault. In this day and age, Facebook serves that purpose. She was willing to stake her own reputation, and not anonymously, on her claims.

We chose to publish carefully and only what we knew: that a woman was publicly accusing an important SRJC faculty member of statutory rape that occurred more than 20 years ago, and the college was conducting an independent investigation to look into the matter.

Although we decided to produce initially before we had spoken to the accuser or the accused, we did so because the allegations themselves, true or not, are newsworthy—as is the college’s decision to conduct an independent investigation. The public—in this case the SRJC community, students and staff—has a right to know and to draw their own conclusions around the veracity of the claims.

The legal system is not capable of dealing with accusations of decades-old assault charges due to statutes of limitations. Assuming a particular accuser’s allegations are true and she did not feel comfortable coming forward until this unique cultural moment, the press is truly the only bastion in which victims can achieve some semblance of justice.

A perpetrator may never face jail time, but, if guilty, he will face the consequences of his actions coming to light, such as loss of job or reputation.

In the case of Sarah Chavez, we at The Oak Leaf consider her a credible source. Chavez, who lives on the East Coast where she has twin daughters, has no inferable reason to fabricate a claim of an illicit relationship between herself and her teacher from 23 years earlier.

Chavez made these allegations in public and staked her reputation on them. The Oak Leaf has found no reasonable explanation for why she would do this if a relationship did not occur.

In addition to her lack of motive to destroy Thompson’s reputation, sources who commented on her Facebook post helped to verify some facts.

The editors decided that this was the best way to communicate the facts, because our culture is currently in the midst of debating what terminology to use to discuss such behavior.

“Misconduct” is a more accurate term, given the facts we have now because it implies behavior that continues over time and is not necessarily physically violent.

If a minor attempts to give consent to an adult for sexual activity, he or she is legally unable to do so and any sex is considered statutory rape, which is sexual misconduct, a more inclusive term.

“Assault” is problematic because it implies a discrete, violent act. In this case, there is no indication that the alleged relationship was violent.

We encourage our readers to question the use of specific terms and, while condemning all sexual misconduct, to remember that there are differences in degrees, for instance, between violent rape and offensive catcalling.

The media has an obligation to report that which is in the public’s interest, like the sexual misconduct allegations against a prominent community member. Readers should consider the facts as they are objectively presented and decide for themselves whether or not they are valid. Never should the mere presence of allegations lead to a conviction in the court of public opinion.

The Oak Leaf will be investigating this story further in an attempt to provide our readership and the community at large with all of the facts necessary to get to the truth of the matter. What happens next is in the hands of the community.