I’ve learned a lot about my neighbors during the North Bay wildfires: I now know they have guns and I’m a little scared.

I saw a, “YOU LOOT WE SHOOT” sign in my parents’ neighborhood during the evacuation. After a quick #looters search on Instagram, I found that there were a lot of these signs in Santa Rosa, and that scares me. I don’t care if people own a gun, or even two guns. I care that my perception of this city was different from the reality. It took the threat of looting to make me realize I’m surrounded by gun owners; responsible gun owners or not, this revelation is unnerving for me.

Here is me in the imagined mindset of a “looter shooter”:

“I’m ignoring these evacuation orders. I must defend my valuable objects from looters. My objects are more important than anything else.” 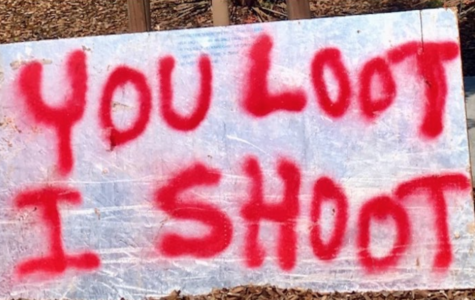 “The cops said to leave, but they didn’t mean me. I’m sure they’ll understand my need to shoot a looter.”

“I finally get to load my gun and wear it. I can threaten the life of another human being by order of natural-disaster-law, and it’s OK. I got this gun for a reason, didn’t I? I got it for just this situation.” 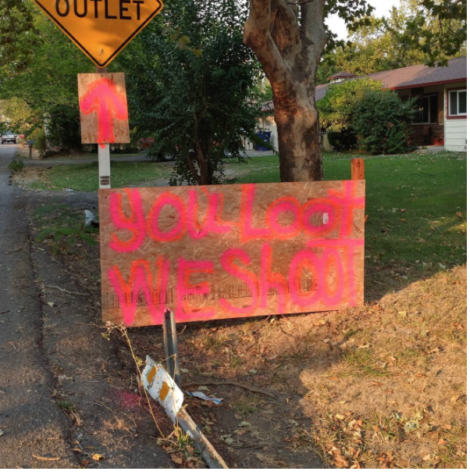 “Chemicals in my brain right now are like ‘Sit at your window with your gun and visualize shooting a looter. This is healthy.’”

“The smell of toxic smoke is putting my body on alert. I’m exhausted but I can’t sleep. I’m not thinking straight. But I’m totally rational. This is rational.”

“Holding my gun makes me feel a little more in control during the threat of an uncontrollable, deadly firestorm.” 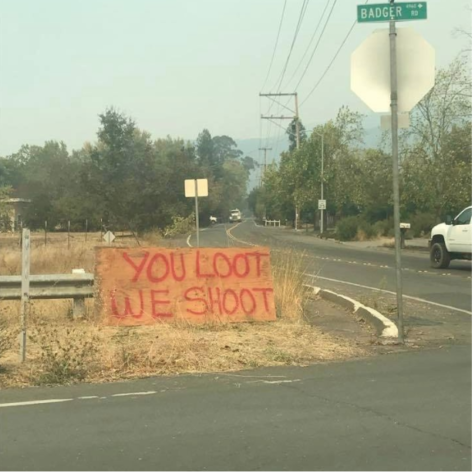 The entire North Bay community was affected to some degree by the fires. I fell for a rumored evacuation in my neighborhood, and before the rumor was dispelled, I experienced 15 minutes of short-breathed panic. I can only imagine the terror of those who actually had to run for their lives at the beginning of the firestorm.

The fear from this disaster was fatiguing. I was tired. I was making strange decisions, my sleeping was erratic and I was overeating. Despite my delirious behavior brought on by the wildfires, I still can’t understand staking out my home with a gun. I’m a little worried knowing my neighbors made this choice. I’m scared of the “looter shooters.”

With the threat of the fires gone, the threat of looters left too. However, the shooters aren’t going anywhere and neither is my fear…

P.S. I do understand the desire to commit violence against a price gouger. That’s an easy target for me.