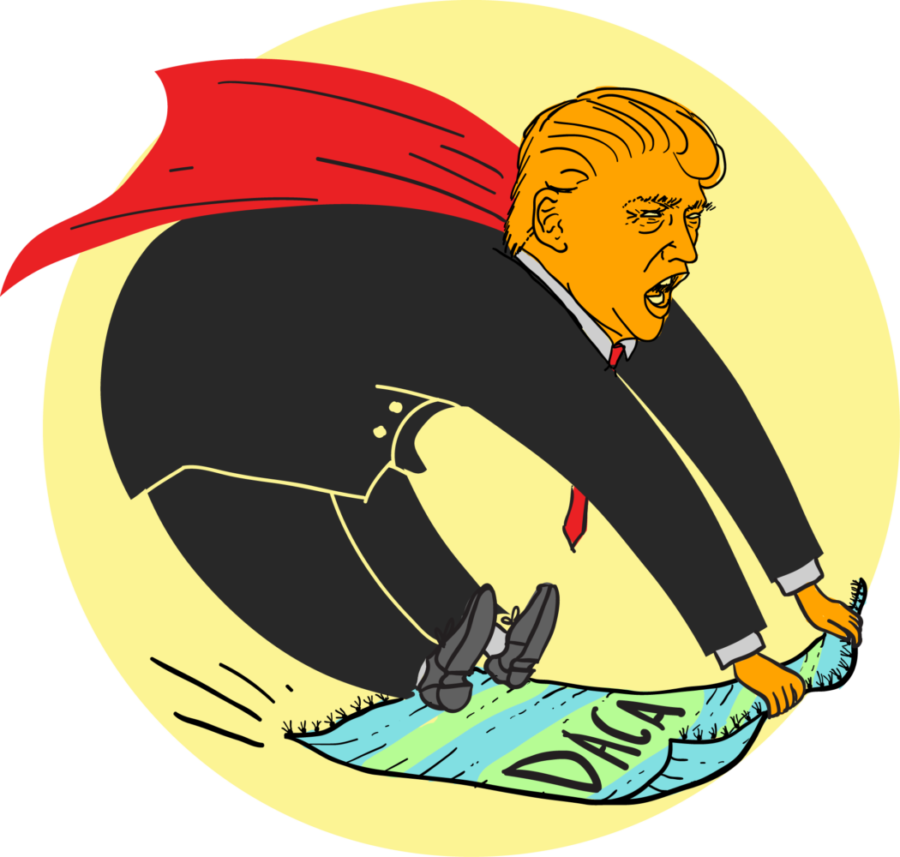 If you could have one superpower, what would it be? Remember posing that question to your friends when you were a kid?

More often than not, the answer was invisibility: to be present yet remain unnoticed. Even as kids we possessed enough foresight to know why this would be such a valuable choice. You’re also constantly prompted to answer the question of, “What do you want to be when you grow up?” That answer, unlike a superpower, doesn’t necessarily yield a unanimous decision. It ranges from being an astronaut to a supermodel.

Those occupations are infinitely more satisfying than say a dishwasher, prep cook or migrant agricultural worker (a glorified term for someone who picks fruit for a living). No kid chooses any of those jobs. Why would anyone want to toil away in the back of a kitchen? Or break their back picking fruits and vegetables?

Millions of undocumented immigrants do this every day. They do it willingly; smiling and remaining largely invisible while doing so. Invisible not only to a system that refuses to acknowledge their contributions but more so invisible to us, the American citizen. When you sit down at a restaurant, the last thing that crosses your mind when perusing the menu, or polishing off the desert, are the millions of undocumented immigrants responsible for your dining experience.

You don’t see the El Salvadorians, the Guatemalans and the Mexicans in the back of the kitchen, laboring over a stack of dirty dishes or a mound of unpeeled potatoes.

The same ones who walked for countless miles in an underground tunnel without sufficient food and water to cross the border into this country, just so you could have a clean plate to eat your hand-cut home fries. But our orange-colored, circus clown of a president would have you believe they walked all that way to rape and murder your daughters, when in fact, they walked all that way to protect their daughters from a culture of rape and murder.

When your strawberry sorbet arrives for dessert, you don’t think about the Colombians, Hondurans and Panamanians toiling away in a strawberry field. The same ones who were forced to leave their families behind to risk it all.

They traversed “The Gap, a 10,000-square-mile rectangle of unforgiving swamps, mountains and rainforests controlled by deadly FARC rebels just to hitch a ride aboard “El tren de la muerte,” The Death Train, for 1,500 miles of fear. But the talking Cheeto puff in the oval office would have you believe they hitched a ride all that way to peddle drugs and guns to the youth. Yet, they hitched that ride to give their youth a chance to escape drugs and guns.

You don’t see any of these people because they operate under anonymity; they are invisible. They are present yet remain unnoticed; forced to live their lives in the shadows, seeking refuge from the evil empire that seeks to destroy their very existence.

The eternally sunburnt hobgoblin posing as the leader of the free world has established himself as the ultimate supervillain on the verge of executing his most diabolical schemes yet —the repeal of DACA, building the border wall and effectively doing away with the secret weapons of his arch nemesis: the children of America’s true superheroes.

What would Arkham be without Batman? What would Metropolis be without Superman? What would the United States be without the millions of undocumented immigrants and their children who really “Make America Great”? The superheroes we have in this country show us that anything is possible, that the “American Dream” is not exclusively reserved for rich white entrepreneurs but a guiding light all ethnicities are allowed to follow and believe in.