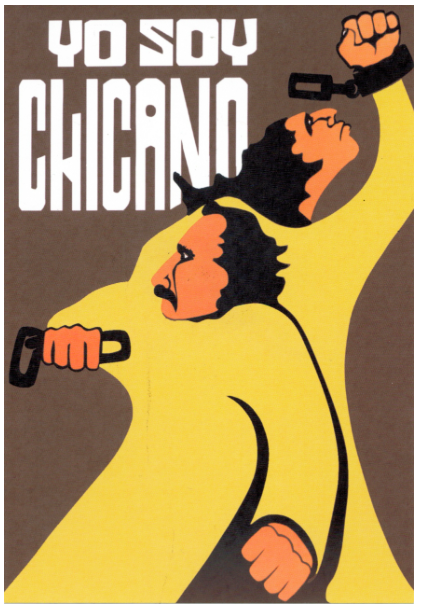 We’re living in a time of great re-evaluation in regards to nearly everything we’ve come to know in society—and it’s for the best.

Transgender people are shaping the way we think about sexual orientation. Gentrification is re-examining the way we think about cultural neighborhoods. The Alt-Right and the Black Lives Matter movements are impacting the racial divide in this country. Amidst these major issues, it’s easy to miss a minor detail that deserves its own redefinition; a term that has existed since the early 1970s’ and has been given little thought since it’s introduction into the mainstream American lexicon: “Hispanic.”

The term has become so commonly accepted that the majority of Mexican-American people I know, including members of my own family, use the term to identify themselves as “Hispanic.”

This rhetoric was created by an interdepartmental Ad Hoc Committee commissioned by the Nixon administration. Its purpose was developing racial and ethnic definitions for Cuban, Mexican and Puerto Rican immigrants who were formerly classified as “white” by the U.S. Census Bureau.

Basically, the government was lazy and wanted an easy way to count large numbers of people for the census. Spanish language stations even ran ads featuring “Hispanic” celebrities and icons encouraging Spanish speakers to fill out “el censo.” The slur was fully integrated into common dialogue by the 1980s.

“Hispanic” is an umbrella term used to lump together groups who have very little in common. The irony of the term is that is has become a widely accepted descriptor for those whose ethnicity falls under the Latino spectrum. It appears harmless, innocent and politically correct, but instead should be viewed as ignorant, insensitive and racist. It represents a lack of respect and understanding to one’s culture and ethnicity; not properly addressing and identifying the individual.

As Sandra Cisneros, the author of “Woman Hollering Creek: And Other Stories,” said: “To say Hispanic means you’re so colonized, you don’t even know for yourself, or someone who named you never bothered to ask what to call yourself. It’s a repulsive slave name.”

This needs to stop. There is no need to assimilate yourself to fit inside somebody else’s box. I’m Mexican-American. I’m Chicano. I am not “Hispanic.” My ancestors didn’t come from Hispania,  and to be honest I couldn’t even tell you where Hispania was on a map. To me, the term is as derogatory as calling a Chinese, Japanese, or Vietnamese person “Oriental,” or calling a Native-American individual “Indian,” or even calling African-Americans “Negro.” The term has no meaning to me. I don’t identify with it in the slightest, I never have and never will.

The word has operated with impunity for too long, and it’s time we began rethinking the way we use the term. No soy Hispano, Soy Chicano.