Student in the street: Women asking men out 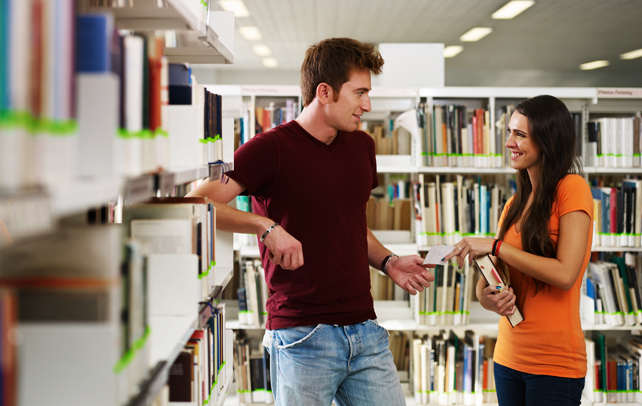 Spring has sprung and you know what that means. As flowers begin to bloom and the sun starts to heat up, the hormones of college students run rampant in attempt for an unforgettable spring fling.

But in a time of striving equality and changing gender roles, there is one aspect of relationships that has been left in the past: men still make the first move when it comes to dating.

According to Askmen.com and Cosmopolitan Magazine there has been a rise in women who ask out men. However, the age old tradition of men making the first move still triumphs over these newer practices. Why does this tradition, which dates back to the time when women didn’t have rights and were objectified in daily life, continue in 2017?

How are we supposed to break away from sexism and gender roles if society won’t let go of ancient gender roles and traditions? Although many women still expect the guy to make the initial steps towards dating, women should also feel comfortable in making the first move.

“It’s something that society has made up, any woman can ask out a man, but for a guy it’s more of a masculine thing I guess,” said Santa Rosa Junior College student Larrissa Forney, 21. “I think they shouldn’t make it so pressured on a male to ask out a female, this is a new generation now, we’re all moving forward and I think women should feel comfortable with asking a man out.”

She brings up a great point. Yet another gender role that has stood the sands of time is masculinity.

Men have always been perceived to be assertive, dominant and powerful. In dating, this is converted into almost always paying for dinner, being the one who makes the most money, making the first move romantically and last but certainly not least, asking her out on a first date.

All these traditional dating terms agreed upon by men and women are really just holding us back from fully breaking apart from sexism and harmful gender roles.

“I think that the gender norms for guys asking girls out is damaging to everybody because I think that it just adds another layer of ‘we’re different’ and this is something you have to do and it’s just a double standard,” said SRJC student Maggie Selzer, 19.

Besides that, it’s always nice being asked out. SRJC student’s Dante Demartini, 19, and Griffin Tatum, 22, both said they wouldn’t feel weird about a girl asking them out. In fact, they have both been asked out by women before. One of them was even asked out by a complete stranger.

“I just didn’t know her at all,” Demartini said. “It was a little awkward, just out of the blue. There’s nothing wrong with a girl asking a guy out but the relationship is so set in our society that it’s guys who ask girls out and that’s how it works.”

With men like Tatum and Demartini embracing the demolition of gender roles in the dating scene, it makes me wonder why women aren’t jumping on board as well.

After talking to about 15 women around campus, it was clear to me what the problem was. They’re just as scared as guys when it comes to making the first move. This is completely understandable. Even men have a hard time with asking women out, even if they give him signals to do so.

“I was still nervous [when asking him out] because I was the one doing it. I had denied him a few times so I thought he would too,” said SRJC student Cynthia Lemus, 19.

It’s a good thing she did, because the man she eventually asked out—after denying him so many times—happens to be her boyfriend now, going on a year and a half.

But even if the girl isn’t scared to ask the guy out, they usually don’t because they are following the gender norms created by society.

When questioned why she had never asked a guy out, SRJC student Logan Amadon, 19, said there are just certain standards that are usually set when it comes to dating, however; those standards don’t have to be met. “It just makes it easier,” Amadon said.

She continued to say that even though the guy doesn’t have to be the one doing the asking out, when it came to her dating life, she was under the impression that the guy was going to ask her out.