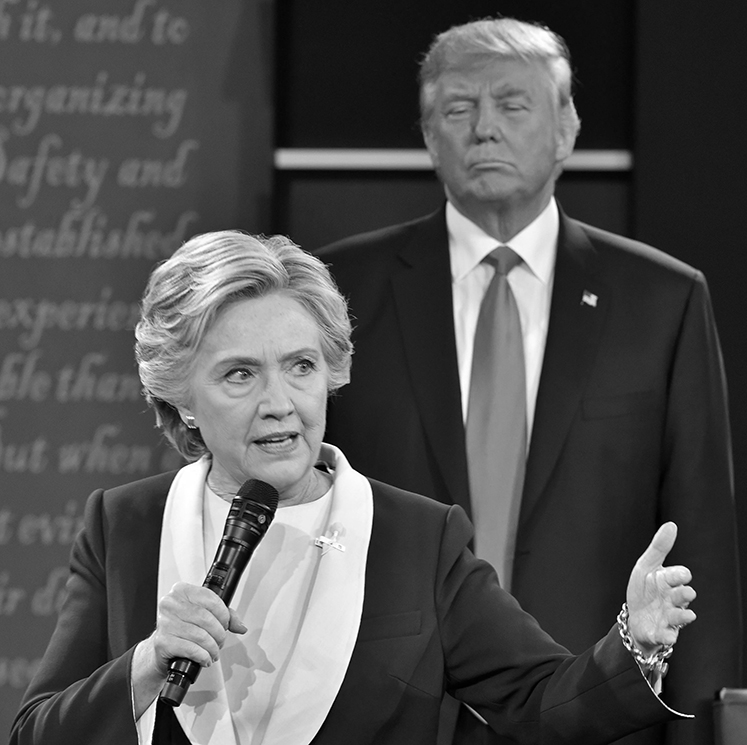 Donald Trump’s presidential campaign has been one confounding statement after another. For women, none has proven more infuriating or frightening than the leaked 2005 video of his declaration that his celebrity status gives him free rein with women’s bodies. His assertion that the conversation was “locker-room banter” only adds fuel to the fire, as it implies it’s no big deal. Trump also denies he actually did any of the things he claims in the video, despite 11 women accusing him of assault.

This is a tactic familiar to sufferers and survivors of abuse, both physical and mental. The abuser says or does something harmful. The victim points out the harm. The abuser dismisses the complaint as “hysterics” and “blowing things out of proportion” and “you’re confused; that never happened.” This makes the victim question their understanding of the situation, and even their own sanity. This is called “gaslighting,” after the 1938 stage play “Gas Light,” the plot of which revolves around this kind of emotional manipulation.

It’s not just controlling speech that Trump displays, either. His body language demonstrates classic public behavior of a private abuser.

Nineteen minutes into the town-hall style second presidential candidate debate, Trump brought up Secretary Hillary Clinton’s deleted-email scandal, which the Federal Bureau of Investigation had already determined a non-issue. At 23 minutes he began interrupting her, doing so five times in the span of two minutes, while she tried to defend herself. Of course one expects a political candidate to try to make his opponent look bad, but talking over the opponent’s response is controlling, demeaning behavior. It says, “You aren’t worthy of being heard.”

A few minutes later, Trump started to respond to a debate question but was stopped by a moderator who said it was Clinton’s turn to answer a question first. Clinton and Trump played the “no, after you” game, which Trump ended, commenting, “I’m a gentleman, Hillary.” The message is, “You’re just a woman; it’s up to the man to do what’s correct.” The studio audience reacted audibly. It was clear they understood his meaning.

At 26 minutes, Clinton crossed the stage to speak directly to the person who asked the question at hand. Trump practically stalked Clinton, standing a few feet behind her, looming over her. Some have said she passed in front of him so of course he was standing behind her. It’s true she passed in front of his podium and stool, but he was at neither at the time; he was at the front of the stage. When he returned to the area he didn’t sit on the stool. He didn’t stand beside or behind the podium. He placed himself directly behind Clinton, so the camera, fixed on her as she spoke, couldn’t miss his face in the background, looking sour and disapproving. It was Clinton’s time to talk, time he so pointedly ceded to her, but he made sure people saw his face.

These are the worst displays during the debate of Trump’s attempts to exert his power, but they’re not the last. Throughout the remaining 65 minutes of the debate, he paced the stage frowning while Clinton spoke, making a distraction of himself, whereas Clinton sat quietly on her stool when Trump spoke, occasionally smiling at his latest attempt at character assassination.

All of this is just at the second debate. At the first debate, Trump interrupted Clinton 25 times in the first 26 minutes, and 51 times overall, according to Vox Media. Clinton interrupted Trump 17 times total. In the third and final debate, Vox Media reports Trump interrupted Clinton 37 times, while Clinton returned the favor a mere nine times. Perhaps the town-hall format of the second debate allowed Trump to speak more with his body language so he felt less need to interrupt verbally.

The U.S. has made great strides in women’s rights and civil rights over the last century, but now we are being pushed backward. Trump’s popularity as a candidate is based largely on his unfiltered speech. His proponents laud him for “telling it like it is.” What they mean is he says what they’re thinking but don’t dare say themselves, because others call them on their sexism, racism and homophobia. Now, with a brash blowhard displaying that same bigotry nightly on national television, they feel affirmed and encouraged in their undeserved privilege and violent tendencies.

Any sociologist can tell you thought follows language, and action follows thought. The U.S., never exactly a safe place to be a woman or a minority, is more dangerous now than it has been in decades, thanks to Donald Trump.