The 44th president's accomplishments and shortcomings across two terms 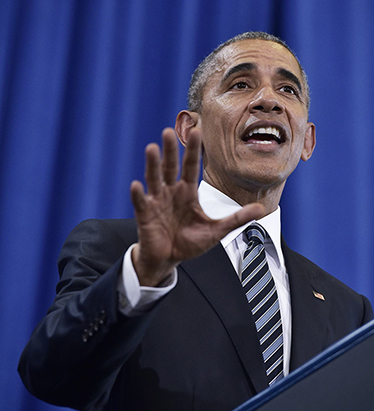 It’s been a little more than a month since president-elect Donald Trump’s shocking victory over Hillary Clinton, and some people still won’t accept reality.

In general, Obama’s legacy is a positive one, with successes in passing Wall Street reform (the Dodd-Frank act), the Iran nuclear deal and the 2009 stimulus package.

In 2008 when Obama ran against John McCain, it was the first time in United States history that a man of color was a major party presidential candidate. Every step towards making history is controversial, and Obama’s victory was no different.

Many people questioned Obama’s birth place, which was debunked when he released his birth information in 2011.

Many at the time claimed you were a “racist” if you didn’t vote for Obama. That was again used when Mitt Romney ran against Obama in 2012.

Another part of Obama’s legacy is receiving the Nobel Peace Prize in 2009. The Nobel committee says he was awarded the prize for his work in nuclear nonproliferation and reaching out to other nations. But even some who support Obama think the award was more for show and less about actual accomplishments.

It seems to me he was given the prize for talking about problems, rather than fixing the problems. Obama receiving the Nobel Peace Prize has caused some to feel that the prestige of the prize has been “watered down.”

Perhaps the most notable legislation Obama introduced was the “Patient Protection and Affordable Care Act,” mockingly or affectionately dubbed Obamacare.

During his first term, Obama pushed adamantly for this act to be passed. According to www.motherjones.com, nearly 30 million Americans have obtained health insurance from Obamacare, dropping the uninsured rate by 12.3 percent in 2015.

Another of Obama’s first term accomplishments was the killing of Osama Bin Laden. Obama is given all the credit, despite President George W. Bush doing 90 percent of all the work. Even with this “American victory” there is controversy tied to Obama’s success.

When Obama announced publicly that Bin Laden was killed, he also announced which SEAL team was responsible for carrying out the operation, which put the lives of those on the team at high risk.

As Trump takes office next year, the fear is that Obama’s legacy could be snuffed out by Trump, whose ideas are far different. Obama’s campaign slogan “Yes We Can” helped draw in voters. With Trump taking over, the slogan should be “Yes, we can…but I won’t.”

But getting into fights over the president-elect at this point is completely pointless.

Amidst the great emotional depression throughout California, one should reflect on the positives that Obama has administered and pray that Trump doesn’t screw up.