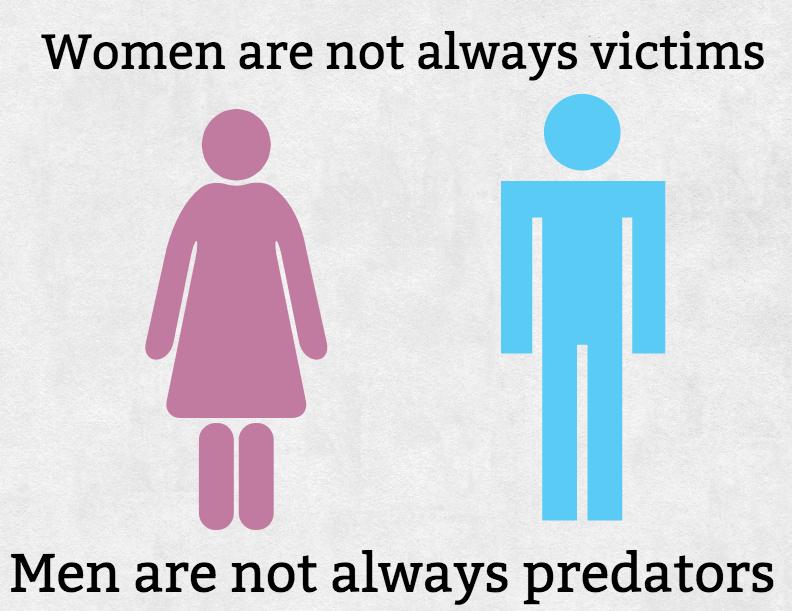 It was 1 a.m. – the only time I had free as a busy college student. As I sat in the gym, overwhelming anxiety sprung upon me. Suddenly my mind raced, thinking of escape plans and possible items I could use to defend myself. I became scared for my life.

I wasn’t in any danger. My fear was driven by the fact that I’m a woman, alone, at night.

In the last few months, the dialogue about sexual assault exploded as people brought attention to the issue, sharing their stories and discussing ways to combat it. Celebrities like Kesha and Lady Gaga have come forward to share their own stories of sexual assault while encouraging their fans to speak up as well.

In September 2015, President Barack Obama launched the “It’s On Us” initiative to increase awareness and bring a sense of responsibility and unity among college students by signing a pledge to speak up and take action if they witness an attack.

SRJC students have been speaking up with “Take Back the Night” events designed to empower women, give them confidence, build community and bring a greater awareness to the issue of sexual assault.

As I reflected on that night in the gym, I realized never before had I been scared to be a woman, and began wondering why. Why now? Why is it that the spreading message of woman empowerment is actually making me more fearful?

Then it hit me. The very fact that a message of empowerment for women is necessary shows that something is wrong. It speaks to the societal belief that men are inherently more powerful, dominating and important. Women have to tell themselves they have power over their bodies and lives, even when statistics, data and history say they don’t.

Recent floods of rape statistics and stories in the media have cast a negative light, showing women as victims and men as predators. We’re told gruesome stories of men harming women, then told we can prevent it by being strong and united.

The message that men are to be feared is a subtle one. It’s not overtly taught, but it’s a powerful message still worming its way into how women think and assess the world. Subconsciously, every day, we are being taught to fear men. We’re taught we are victims, men naturally control us and our safety is constantly in jeopardy.

Long live the woman empowerment message that we can stand up for ourselves and our fellow women. We need to know we all have worth. But at some point the conversation has to go beyond this and speak to men as well. The focus of the discussion on sexual assault needs to shift and address the issues behind the acts.

It’s time to speak to men about their role in perpetuating rape culture. We need to address the societal structures of male dominance, instant gratification, greed, lust and power that influence thought, belief and action, which lead to fear in women. Until the root issues are tackled, the problem will persist.

Women should not have to always be in a state of cautiousness. We should be able to live our lives without deeming it necessary to carry pepper spray or plan ahead of time for the “safest” place to park our cars or be on alert at all times of day because we never know when something might happen to us.

We should not have to fear for our safety just because of our gender.