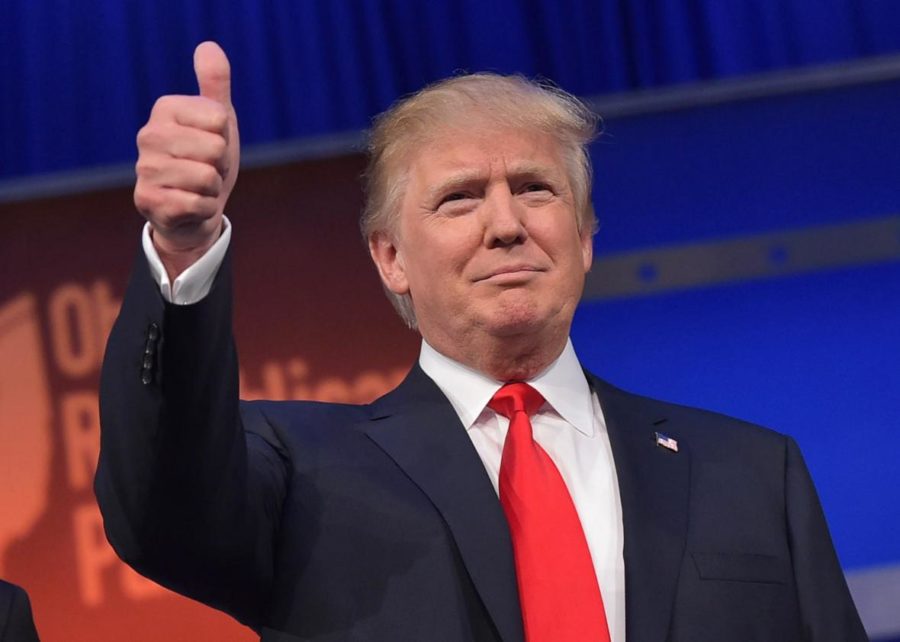 While many friends of mine like to toss around the, “I’ll move to Canada if Trump gets elected” hogwash, I refuse to go that far. How many of those people actually followed through on their promises to move when Bush was elected to a second term? Considering I still talk to these people regularly, they obviously haven’t moved anywhere. While making bold statements might be en vogue, I don’t buy into it.

I love where I live, and as a young, white male, I do not feel directly threatened by Donald Trump’s ignorant and brash spewing of hatred towards minorities.

As an American citizen, I feel threatened by Trump’s overall attitude, and the way he gains supporters by acting like an immature teenager, touting a “they hit us, let’s hit them harder” attitude as his primary course of action for every type of issue.

The fact that a blatant racist like Trump is getting sustained support in the polls and is the runaway leader for the Republican nomination is mind-boggling to me. How can a nation built on the words “all men are created equal,” support a man who often sounds like a 21st century Adolf Hitler?

Trump calls upon other narrow-minded people to shut out Muslims, Mexicans and any other minority group he doesn’t value as an addition to our country. It undermines the pillars of equality and openness our country’s greatness was built upon.

When I first watched Trump speak, I saw a man who looked like he was talking down to the American people, often repeating himself and clarifying things. Quickly, I came to realize that Trump wasn’t talking down to anyone, he was simply operating at the highest level he is capable of reaching.

Trump’s campaign has played out like a bad reality television show. It features a shameless entertainer who gains supporters by taking advantage of an American voting public that is so discontent with all aspects of contemporary Washington that it is willing to latch on to the hollow words of a man so arrogant, he has referred to himself as “The Donald.”

The thoroughness with which Trump is mocking the country is almost as impressive as it is pathetic. The man changes his opinions seemingly every other day, manipulating the minds of the public into believing he is an expert on everything from Christianity to tube socks. In reality, Trump is the master of only one thing — acting like a clown.

While Trump’s campaign slogan may be “make America great again,” I truly believe it should say “Hey America, you just got punked.”