Facts of science over myths of religion 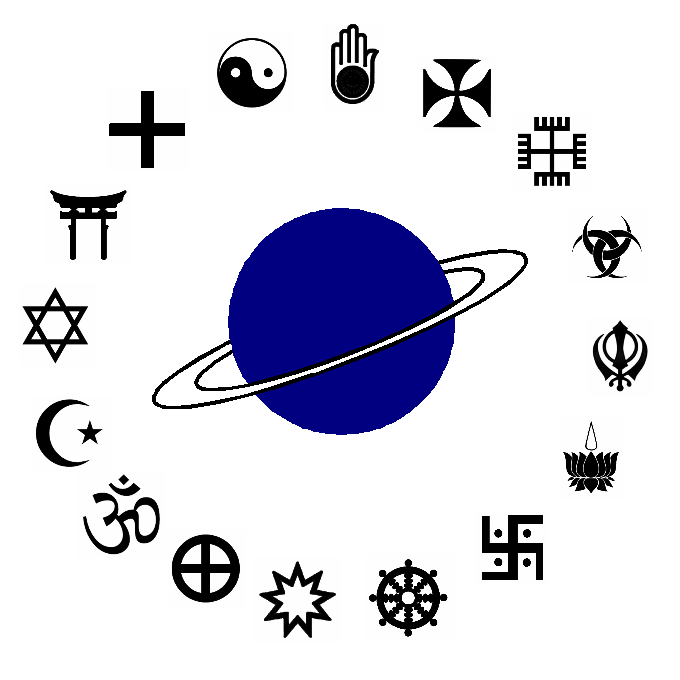 God(s) are not real. By God, I mean a supreme being that people believe is the creator of all things. Religion, as a whole, is a way for certain institutions to act as shepherds herding their sheep followers into acting and thinking in a certain way. If you cannot tell by now, I’m an atheist.

I was not raised an atheist, nor did I become one in spite of any one religion. I became an atheist because I learned about science in school. Science is fact-based, whereas religion is not. Science adjusts its views based on what’s observed. Faith is the denial of observation so that belief can be preserved.

Well-known ethologist and writer Richard Dawkins describes faith as “The great cop-out. The great excuse to evade the need to think and evaluate evidence. Faith is belief in spite of, even perhaps because of, the lack of evidence.”

Religion is based on faith, which is defined by Webster’s Dictionary as strong belief in God or in the doctrines of a religion, based on spiritual apprehension rather than proof. My brain doesn’t work in a way that allows it to believe in something has no factual basis or proof of its existence.

There are more than 4,200 religions around the world. If you think about it, believing your religion is the correct one and the other 4,199 religions are wrong based off of “faith” and not fact is extremely arrogant.

The observable universe, which includes the 54 galaxies that include the Milky Way Galaxy and the Andromeda Galaxy, the Virgo Supercluster — which is about 100 billion times the size of the Milky Way and billions of other galaxies with an infinite number of suns and planets—is but a small portion of the universe in which we live.

Physicist Peter Walker said, “The supreme arrogance of religious thinking: That a carbon-based bag of mostly water on a speck of iron-silicate dust around a boring dwarf star in a minor galaxy, would look up at the sky and declare, ‘It was all made just so that I could exist.’”

It is not only the completely irrational reason why people believe in God(s) that grinds my gears. What I really don’t like about religion is all of the harm it has caused throughout the history of mankind.

Sure, religion does a lot of good. Churches and religious organizations have been known to enhance their communities. Some say that without religion, people wouldn’t learn morals and ethics, as they should. Many religions teach morals and ethics that their followers should abide by, but the negatives outweigh the positives a million to one.

Thousands of wars have been waged in the name of religious ideologies since the beginning of man. These wars have no doubt taken millions of lives. As you’re reading this, religious extremists are killing people all over the world.

I became an atheist through the study of astronomy and science as a whole. If a real evidence surfaces of God or the afterlife and is backed by science, I will immediately change my view. I believe in science, nothing more, and nothing less.