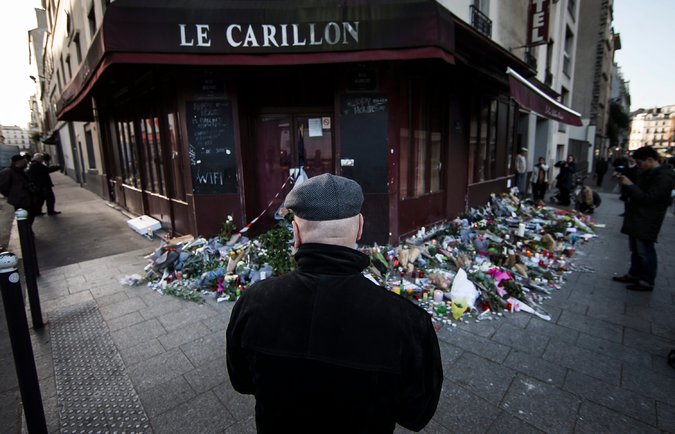 Passers-by pause at one of the sites of the Paris attacks. Many of the terrorists involved in the explosions were French nationals, perhaps reacting to anti-Arab sentiment in France.

The Nov. 13 Paris attacks had a greater effect on French society than most outsiders realize. To fully comprehend what fomented these attacks, it’s necessary to understand how Arabs and their varying sub-cultures were introduced to France, and how they evolved in French society.

During World War II, France had colonial interests in the Maghreb, which inevitably meant the German Wehrmacht and Italian Armed Forces were called to oversee these regions, either with the direct complicity of French collaborators, or under the Axis’ absolute control. In the case of Algeria, Morocco and Tunisia, all French colonies at the time, resistance grew out of the French colonialists, but also with the aid of native Maghrebins. These were Arabs who chose to fight under the French Tri-color to repel the German invaders, as well as to fight for their own freedom.

By fighting for the French Resistance and exiled government under General Charles de Gaulle, these Arab fighters and their descendants were promised immigration to France without restrictions, in the hopes they could have a better life irrespective of the independence movements on their native soil.

At the conclusion of the war, many Arabs from North Africa immigrated to France and began a different kind of struggle; one only too familiar to African Americans, Native Americans and Asian-Americans. Basically, the “non-white” Arabs began their struggle to fit in to a French society that rejected them, bullied them and constantly reminded them that, regardless of whether they fought for France or were born in France, they were still Arabs, and therefore would never be French.

It’s a bold statement, but I can write it with clarity and conviction because my grandfather was one of those French people. He was in the French Navy, served in many countries across Africa, and was racist. When I was a child, I remember him ranting about Arabs, blacks, basically anyone not white and Catholic. Thankfully, my parents are decent human beings and I grew up with many different kinds of people speaking different languages.

Unfortunately, my grandfather’s views were reflective of a large majority of French people at the time, so the Arab immigrants, their children and their grandchildren still feel the reverberations to this day. Because of the high number of immigrants moving to France, the country began building whole neighborhoods surrounding large cities, today commonly known as “cités,” or in English parlance, “ghettos.”

Even today, these cités are mostly inhabited by low-income Arab families, who are still cast aside and have fewer opportunities because of their Arab names. Even in America, I think many people understand their position.

So Arabs have been cast aside in France for 50 years. Algeria, Tunisia and Morocco have been independent states for decades. But where does that leave French citizens of Arab descent? Angry. Resentful. Isolated in their own culture.

I moved to Paris in the summer of 2008, and learned French society, even with its strong foundation of social programs, still struggles to accept and integrate Arab culture, a struggle which resonates in every school and professional environment.

Is it really a surprise to learn disgruntled youth, under the auspices of fundamentalist beliefs, choose to lash out by committing acts of violence against a society that rejects them because they are Arabic?

I will never condone their violent, aggressive behavior, but to understand how young men and women can kill others,  I have to understand what led them to believe their behavior would change things for the better, no matter where they came from or what culture they belong to.