From one to many: Generalizing religions 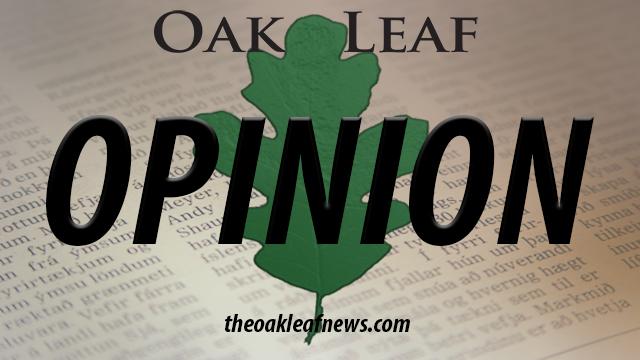 No two humans are the same, yet we continue to treat them like they are. Recently, people treated members of certain religious groups based on the actions of a few. I am Christian, and because of this I’m constantly looked down upon and am sometimes afraid to express my religious views. A current topic I see on social media is a backlash on Christians saying Starbucks’ red Christmas cups are a “war on Christmas.” The controversy started when a few radical Christians publicly complained about these non-Christmas cups saying it’s because Starbucks hates Jesus.

Here comes the big news: most Christians don’t care. In the midst of media coverage on this “controversial cup,” 95 percent of the information I saw was hate toward the Christian community for being so offended by this cup, while I saw few to no Christians who have a problem with it. The backlash far outweighed the actual “problem.”

This problem expands larger than a cup. Bigger news is the Paris attack killing 130 people and left hundreds wounded. The Islamic State of Iraq and the Levant took credit for this attack, and Muslims across the globe felt the effects of something they had no involvement in. People vandalized mosques and threatened Muslims in multiple countries. Many do not feel safe, and do not deserve to feel hated.

Director of Operations of the Council on American-Islamic Relations Sadyia Khalique said in an interview with The New York Times the Muslim community hasn’t seen this much backlash since the Sept. 11 attack.

While I’m not ashamed of my religion, I consistently keep my religious views to myself for fear of someone making assumptions about me, and thus, treating me differently. Once someone knows me better, I feel freer to express my opinions and not have someone discriminate against me. When people don’t know someone they tend to fill in the gaps of what they don’t know with their opinion.

Seeing people as their own person and not making assumptions based on religion, ethnicity or gender is the answer to less violence, maintaining freedom of speech and equality.