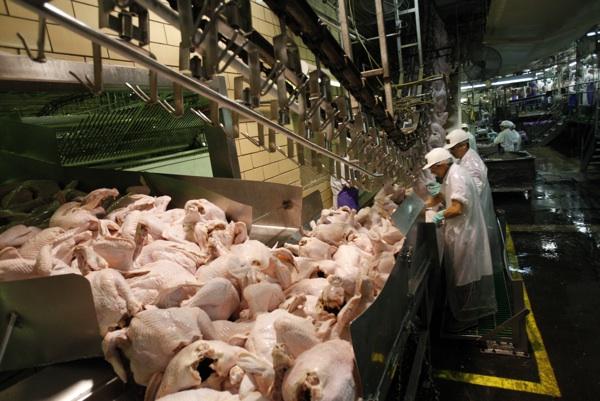 It is a holiday tradition practiced around dinner tables throughout the country.  What are you most thankful for this year?

Last year a brave man sitting at my holiday get together very plainly and matter-of-factly expressed his appreciation for the turkey centerpiece on the table. Everyone in the room looked at the poor man like he had three heads for bringing it up.

As the nation prepares for another Thanksgiving, let’s consider for a moment the 80 million or so turkeys which food providers will slaughter as the traditional main course.

While many people like to think of themselves as animal lovers, there’s a persistent barrier to getting those same people to acknowledge turkeys as conscious, sensitive, living beings – like their cat and dog companions – who possess desires and preferences and experience pleasure and suffering. We disassociate our feelings for the turkey because we buy it as a processed, frozen item at the supermarket.

Why not give the bird (and countless others) a break and consider a mouthwatering meatless Thanksgiving dinner menu this year? With walnut stuffed portabello mushrooms, butternut squash baked risotto, quinoa/pecan stuffed acorn squash rings and more, the list of yummy alternatives is endless.

In the wild, when a turkey hatchling separates from its family it makes a distress call, crying out for its mother, who comes to the rescue, clucking soothingly. She is the center of its universe. Whenever I think of baby turkeys in the mechanical incubators, hatchery mutilation rooms, filthy sheds, terrifying trucks and slaughterhouses, I imagine the lost calls of all the turkeys in the world that no one will answer.  There is no mother. No rescue.

In our time, the turkey is just a shelf product with, for a lot of people, no lingering images of sentience or evidence someone killed the creature. This society largely doesn’t appreciate that animals are living beings before they’re turned into meat.

Animal waste runoff contributes to high levels of nitrogen, phosphorous, bacteria and other pathogens in soil and our common drinking water. Antibiotics and hormones from animal feedlots also appear in our water. As for air quality, the cloud of pathogens, insects and dust comprising of manure solids, dander, feathers, hair and feed from these same animal operations pose serious health hazards.

As one can imagine, working conditions in these operations aren’t so great either. They have some of the highest rates of injury and illness of any industry. The workers are exposed to dangerous machinery, toxic chemicals, blood, fecal matter, poor ventilation and extreme temperatures.

Rather than cutting into an animal which food producers have bred and drugged to grow so large that he is crippled by his own weight, think about making compassion the centerpiece of your holiday this year. From field roast products to a bounty of wonderful plant based recipes found in an ever growing selection of vegan cookbooks there’s no need to sacrifice a delicious meal this Thanksgiving.

We may even pause to reflect.  A lot went into this dinner.  Someone raised, killed, cleaned, packaged and delivered this animal to me. Someone rallied for cleaner and more local production. Someone fought for better conditions for the worker, the consumer and the animal itself. Hmmm. Worth it?

After all, holidays are really about rejoicing with family and friends, not causing harm to others.